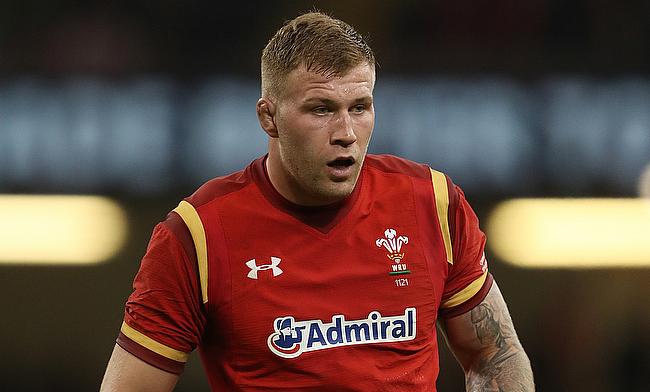 Ross Moriarty is set to play his 37th Test
©PA

Wales head coach Warren Gatland has made two changes to the starting line-up for the upcoming Rugby World Cup game against Fiji to be played in Oita on Wednesday.

Ross Moriarty gets a promotion from the bench to start in his 37th Test with Josh Navidi shifted to blindside flanker replacing Aaron Wainwright, who now drops to the bench. Gatland has also rested Justin Tipuric for the game with James Davies replacing him at openside flanker.

Dan Biggar has overcome a head injury to claim the fly-half role with Hadleigh Parkes and Jonathan Davies partnering in the midfield and Josh Adams, George North and Liam Williams comprising the back three.

"We're still thinking about the bigger picture in terms of hopefully later in the tournament," said Gatland.

"A couple of players get an opportunity. Ross Moriarty coming back is hungry and James Davies as well at seven.

"We've been really happy with Justin Tipuric's form but it just gives us an opportunity to look at someone else.

"If for some reason he picks up some sort of injury, it shows us whether James can fit into that spot or someone like Josh Navidi can play at seven as well.

"Moriarty and Davies are two guys who are very hungry for an opportunity and Rhys Carre comes on to the bench as well.

"We're keeping everyone on their toes".

Wales are positioned second in Pool D and need to win one of their games against Fiji and Uruguay to reach the quarter-finals.