Josh Bassett Exclusive: “It has taken a lot of work this season to get this opportunity" 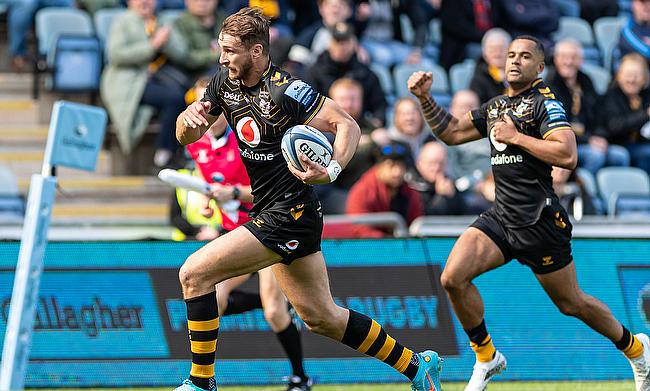 So far this season, Josh Bassett has made 25 appearances for Wasps across all competitions
©David Howlett

It took Alfie Barbeary’s try with three minutes left on the clock in Edinburgh to send Wasps through to a Challenge Cup semi-final against Lyon.

It was a game largely won by the brutishness of Lee Blackett’s forwards, with Barbeary one of three scorers to come from the pack alongside Biyi Alo and Tom West, whilst the evergreen Jimmy Gopperth was the exception to the rule.

Mike Blair’s Edinburgh had only lost once at home all season before the English side knocked on the door of the DAM Health Stadium. The hosts did start the brighter, with former Wasp Ben Vellacott scoring the opening try after both teams had traded penalties to get proceedings underway.

As much as it wasn’t a try-scoring weekend for Josh Bassett, the 30-year-old wing clocked up yet another 80 minutes for his club. Currently in his ninth season with Wasps, the former Bedford Blues man was enthused with the efforts of his teammates last Saturday afternoon.

“They like to throw the ball around a little bit, they showed that and then we probably didn’t take the opportunities we needed to with the amount of pressure we put on them in the first half,” he tells TRU.

“I thought the pack did tremendously well in the scrum and getting us into them positions. They carried on doing that in the second half, and we were able to stick to the game plan a bit more and take a few more of them opportunities and put some scoreboard pressure on.

“As it always does in big games, the momentum goes to and fro, and I thought it did that towards the end. I thought we showed some real resilience to stick with it and get a big win against a club in form and a club who had only lost once all year at home.”

Since first pulling on a black and amber jersey, Bassett has reached six semi-finals with Wasps - including four in the Premiership - and it was back in 2014 when the club were last at this stage of the Challenge Cup, losing out to Bath 24-18 at Adams Park.

To have reached this stage of the Challenge Cup this season comes after a difficult start to the 2021/22 campaign where the playing squad was reduced to 25 fit players with key operators Malaki Fekitoa, Joe Launchbury, Jack Willis and Dan Robson all having had significant spells on the sidelines. 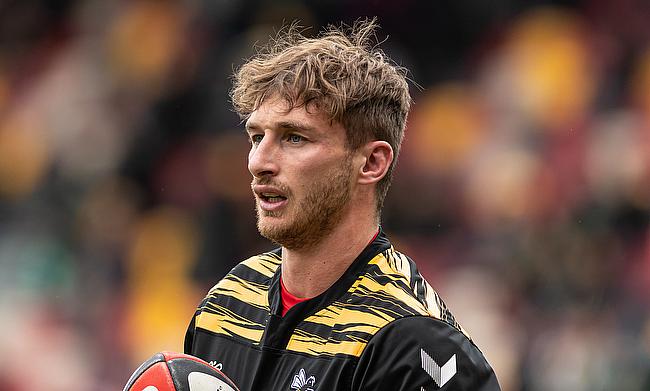 There was even a time when Blackett had no fit loosehead props at the club, Ben Harris and Tom West both out of action at the same time, with Gordon Reid drafted in on a short-term basis.

Despite all those initial setbacks, the Coventry-based club are just 80 minutes away from a European final in Marseille and with three games to go in the Gallagher Premiership season, they have a mathematical chance of making the play-offs.

Late season form has also been buoyed by a shake-up in the coaching staff, with John Mitchell taking charge of the defence and Matt Everard swapping with the New Zealander to lead the attack. The tweaks in the backroom have helped Wasps achieve six wins from their last seven games.

The only fixture the Midlands outfit weren't triumphant in was the club’s last Premiership outing which saw them draw 42-all with London Irish at the Brentford Community Stadium.

“At the start, we were very unfortunate with injury as every team is,” Bassett said. “Being down to 25 fit players to train certainly makes it tough for anyone, and you throw Covid situations into that.

“All clubs have gone through various different things. The best thing we have done is show resilience to come back from that and then to build on what we have done early on in the season.

“Obviously if the London Irish game had finished how we would have wanted it to, it would have made our position stronger in the league, but every game at the minute is knockout rugby for us, even in the league.

“Every game is as important as the one previously. That is where you want to be as a rugby player. We would have liked to have done that a bit better earlier on in the season, to put ourselves in a better position in the league, but we are really proud of what we are built on and the steps we are taking forward.”

A recent report from CoventryLive revealed that James Gaskell’s potential departure will mean Bassett, Joe Launchbury and Rob Miller will be the three remaining players at Wasps since the club moved to the Coventry Building Society Arena in the summer of 2014.

In that time the club have reached two Premiership finals and last summer, they opened their new £4m state-of-the-art training facility at Henley-in-Arden. For the seven years that preceded that move, it was Broadstreet RFC’s Ivor Preece Field that was a day-to-day home for the side.

“We have always been nomads, even down in London,” Bassett said. “Relocating to the West Midlands, going into Broadstreet, which we knew was going to be temporary, but now we finally have a base and have a home and what a home it is.

“It is such a great facility. There are so many plans to make it even better. We are so fortunate. The main thing for me is Wasps having something of their own to lay down roots and allow the club to grow even further. 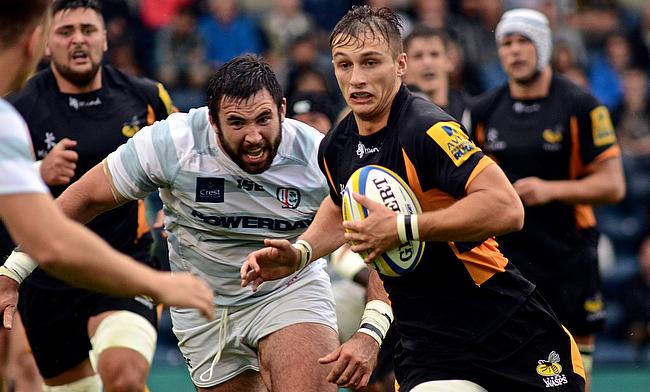 During Josh Bassett's first season with Wasps, he made 15 appearances
©David Howlett

“I can still remember back to the first presentation down at the Hilton in Ealing, them showing us the plan and where we were going.

“To have been here for that whole process, and there only being a few of us left, sometimes you have to explain to lads that this wasn’t how things were before and not to take it for granted.

“We didn’t have a base, we were renting a stadium, all these little things, and to see how well the club has done, and that is down to Derek [Richardson] and everyone on the board because this club was very close to not existing just before I joined.

“I am sure when it first happened, there were fans that were very sceptical about it, but I think you look at the CBS, it is an amazing stadium and now you look at the epic training facility, it is amazing what the club has done. To have its home and to have its roots now, it allows the club to develop and really grow.”

In the past, Kevin Harman [Wasps’ Head of Recruitment and Academy] told TRU how he saw the likes of Launchbury, Sam Jones, Christian Wade, Elliot Daly and Joe Simpson as being the spine of the club, but now only the former remains.

Re-establishing their Academy system in the Midlands, the side are now seeing the likes of Barbeary, the Willis brothers, Charlie Atkinson, Gabriel Oghre and Sam Spink emerge and this group of players has the capability of taking the club to the next level rather than Wasps relying heavily on imports from other Premiership clubs and even further afield.

Bassett's importance to Blackett is obvious too, the 30-year-old a constant on the team sheet, and he is always honest about what the side has given him. He has made nearly 200 appearances, started a drinks brand, Social, with Brad Shields and former teammate Jake Cooper-Woolley is the godfather to his second son.

“It has changed quite a bit, from being pretty quiet and sat in the corner, to being in various groups around leadership, being in defence meetings and being able to give your experience and your opinion and I definitely don’t take that for granted,” he said.

“It has been a lot of hard work to get to this point, and there has been bumps in the road, but what I look at is all the experiences I have had, and if I can be seen to add to anything, that is what I want to do because I love this club.

“I have been here for nine seasons, and I want for that to continue. It is such a great club, and now it has its base, I am so excited for the future.”

That future starts now with a trip to the Top 14’s fifth place side at the Mamut Stadium. Having played Gloucester, Dragons, Perpignan, Benetton, Worcester and most recently Glasgow in the competition, Bassett for one is up for the challenge that Pierre Mignoni’s side will pose on Saturday.

“They are in form," he said. "You look at how they played against Glasgow at the weekend, and they came alive in the last 20 minutes. They are at home, in front of their fans, it is going to be warm, it is another artificial pitch, and all these factors are taken into account.

“The main thing is that it is a European semi-final, and these games don’t come around often. You have to work so hard to get yourself into this situation and we have made a point this season of making sure everyone enjoys the week and making sure everyone takes it in.

“It has taken a lot of work this season to get this opportunity, and it is something we are excited about. To go away in Europe, to France, it is exciting. It is what you want to be involved in as a club and as a player.”