Gloucester get Challenge Cup defence off to winning start 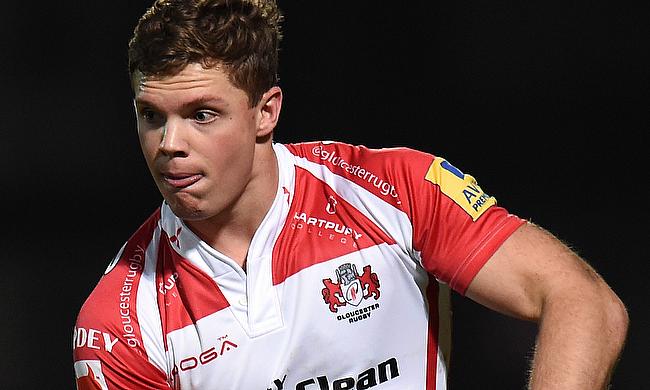 Gloucester beat Edinburgh in last year's final and made a sound start to this year's competition, running in three tries and all of their points in the first half at Kingsholm.

Henry Purdy crossed in the corner while Ross Moriarty and Steve McColl also dotted down to put the home side in control.

Zebre mounted a comeback in the second half as Edoardo Padovani converted a penalty try and added a penalty but Gloucester were never in danger of losing, although they failed to score a fourth try to secure a bonus point.

Cardiff Blues put disappointing Pro12 form to one side as they thrashed Pool Three rivals Calvisano 50-9 in Brescia.

They have won just two of their first seven Pro12 games but made it five wins in a row against the Italian side as Lloyd Williams marked his 100th regional appearance with the first try.

All Calvisano could muster was three penalties from Filippo Busecma.

The match between London Irish and Agen was also a one-sided affair as Irish ran in eight tries to claim a bonus point in a 48-10 home win in Pool Five.

They led 24-3 at the break thanks to a brace of tries from Gerard Ellis and one apiece from Johnny Williams and Joe Trayfoot.

Worcester made a winning start in Pool Four but were pushed hard before seeing off La Rochelle 19-3 at Sixways.

Ryan Lamb scored four penalties in the first half and then converted Ben Howard's 78th-minute try to make sure of the win during an error-strewn game in the rain.

Connacht claimed a 31-14 win in the day's first game as they travelled to Siberia to beat Pool One rivals Enisei-STM - the first Russian side to play in European competition.

The Irish side led 6-0 at the break through two AJ MacGinty penalties and they added tries later through Niyi Adeolokun, John Muldoon, Darragh Leader and Roray Barata.

As temperatures dropped to -18C, the Russians touched down twice through Andrei Polivanov.