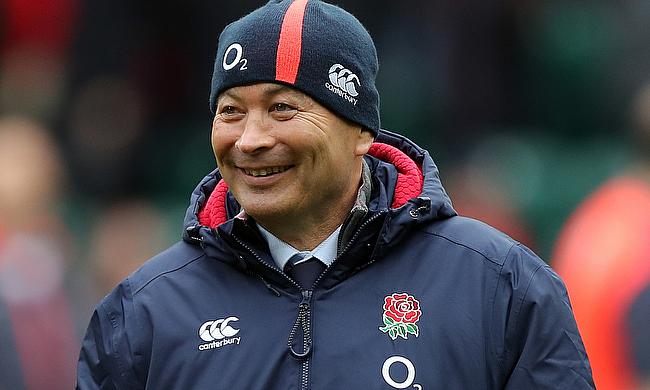 England have three wins from four games in the tournament
©PA

Exeter Chiefs lock Jonny Hill has been handed his England debut for the final round of the Six Nations game against Italy scheduled to be played in Rome.

Hill was part of Exeter's side that clinched the Premiership and European Champions Cup this season and will partner with Maro Itoje in the second row for the Saturday's game.

The game will also see Ben Youngs win his 100th cap and will become the second most capped England men’s player of all time after Jason Leonard, who has made 114 appearances. Meanwhile, Saracens' Jamie George will also be making his 50th Test appearance for the red rose team.

Owen Farrell will captain the side and take the kicking responsibility with Youngs at scrum-half. Antony Watson and Jonny May have been positioned at wings while Henry Slade and Jonathan Joseph form the centre partnership with George Furbank at fullback.

Sam Underhill is named at openside flanker with Tom Curry named at blindside flanker forming the backrow with Billy Vunipola and Kyle Sinckler, George and Mako Vunipola will form the front row.

“We’ve trained with good intensity this week and the squad are excited by the challenge of performing at our best against Italy," said Jones.

“The team have prepared well and are looking forward to putting on an England shirt and showing what they can do.

“We will also celebrate two major achievements in Ben Youngs and Jamie George’s cap milestones. It’s testimony to their skill, hard work and love of playing for England, and there is more to come from both of them.”

England currently are at second place in the Six Nations table with 13 points.

Jamie George Interview: I thought we we’re on it against Wales but discipline let us down