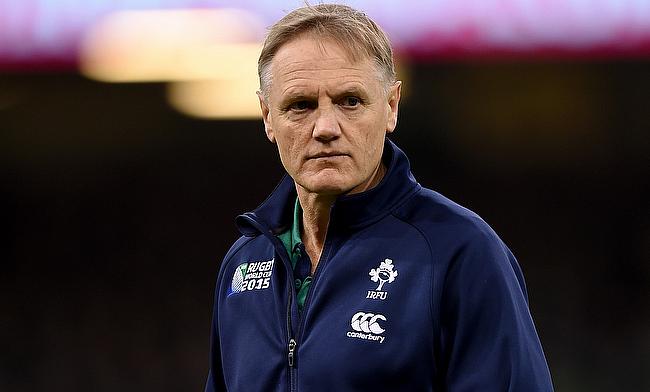 Aki was sent-off in 29th minute for a high tackle on UJ Seuteni and a possible suspension could even rule him out for the remainder of the tournament.

Samoa themselves have been casualties of red cards in the tournament and their head coach Steve Jackson has already made his intention clear to support the 29-year-old escape the ban but Schmidt is anxious about Aki's fate in the showpiece event.

"I spoke to Steve Jackson; he's obviously suffered from a couple of red cards or citings from his players in this tournament," said Schmidt.

"It's a really tough situation. Bundee is upright; you can see both his hands behind the shoulder blades of the player who is just starting to come up.

"And it's all split-second stuff. So we live in hope, and we'll see what the judiciary decide.

"But once it's a red card you sense a loss of control over what happens next, no matter what you try to present. We know it's a very hard line.

"I certainly feel for Bundee; he's pretty devastated that any further participation in the tournament is now at risk."

Samoa boss Jackson after the game defended Aki and is hoping he becomes available for Ireland's all-important quarter-final.

"Look, I don't know if I should really comment on it, but there were mitigating factors again," said Jackson, of Aki's red card.

"As you all know it's the toss of a coin at the moment. I think Nic Berry refereed the game very well tonight.

"Bundee is a great character, he doesn't go out there to do that tonight.

"Hopefully the powers that be see some sense and he gets to continue on in the tournament.

"He's a great kid and he deserves it as much as anyone.

"But any contact with the head, people are being penalised. I hope no further sanction comes to him and I hope he can go further in the tournament.

"We'll do everything we can to make sure he gets on the field next week".