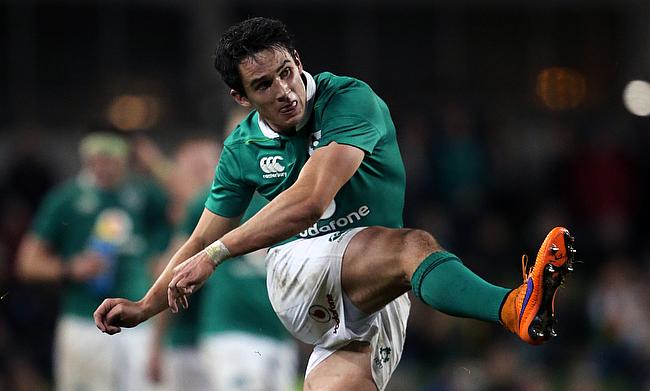 Ireland have received a much-needed boost ahead of their final game of the opening round against Samoa in the ongoing Rugby World Cup with fly-half Joey Carbery declared fully fit.

The 23-year-old sustained ankle injury during the game against Italy in August and was named in the World Cup squad by head coach Joe Schmidt despite the setback.

Carbery played his first game of the tournament against Japan where he came off the bench in the 61st minute but was a late withdrawal in the encounter against Russia where he felt irritation on his ankle.

Nevertheless, the Munster fly-half has now declared himself available ahead of the must-win encounter against Samoa to be played in Fukuoka this weekend.

"Hopefully I'm 100 per cent now, it has been quite a frustrating year with injuries," said Carbery.

"But I'm fully back now and feel back to myself as I was. I suppose I can just get back out there and do what I've been doing.

"I suppose with the timing of the injury just before we left for Japan, and the nature of it as well, it was always going to be a bit of a frustration.

"But to be honest I was lucky enough to even be considered and that I did enough to get on the plane.

"The coaches showed a lot of faith in me and I'm very grateful for it. I want to repay that faith now. I want to go out and do the job and show them that they weren't wrong; that's definitely in the back of my mind."

Ireland are positioned second in Pool A with 11 points from three games and will require a bonus point win over Samoa to seal a berth in the quarter-finals.