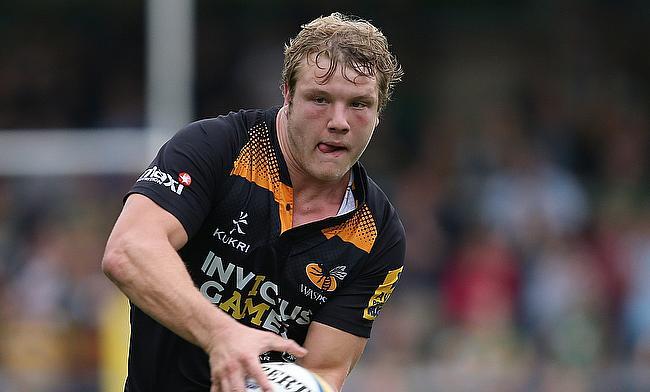 Wasps have named England international Joe Launchbury as the captain for the upcoming season.

The 25-year-old will take over the captaincy from James Haskell, who has been sidelined between four to six months with a toe injury sustained on the England tour of Australia and Matt Mullan, who was also the co-captain in the previous season.

The former England U20 has been associated with the club since 2010 and has played 91 games since then including 66 Aviva Premiership games. In 2012-13, Launchbury was named the Premiership Player of the Year and also the England Player of the Year while he was part of the Grand Slam winning Six Nations U20 team in 2011.

Director of rugby at Wasps Dai Young is confident of Launchbury's leadership skill and is hoping for Haskell to make a successful recovery from the injury.

"Joe is a natural leader around the place and I think he has grown with the responsibility of being a leader and an international over the last couple of seasons," Young told the official club website.

"He has already proven himself as a world-class player and I'm sure the captaincy will only help him grow again.

"Unfortunately, James picked up a nasty injury while playing for England which means he will miss a major chunk of Wasps' season.

"That in itself makes it difficult to do the job of captain, but we also want him to be a little bit selfish and focus on himself so he can concentrate all his energy on getting back to full fitness as soon as possible.

"Matt has been around the captaincy role for almost three years now and while it is a big honour, people don't see all the extra work that goes in behind the scenes and the off-field commitments that go with the captaincy role.

"From my point of view, I feel three years is probably the right amount of time before then passing the baton on and have someone else step up."

Meanwhile, Launchbury expressed his delight on the opportunity to lead the side and is looking forward to the upcoming season.

"It's a massive honour to have been named captain and something I am very excited about.

"We have a squad packed full of talent so it's now important we hit the season running."