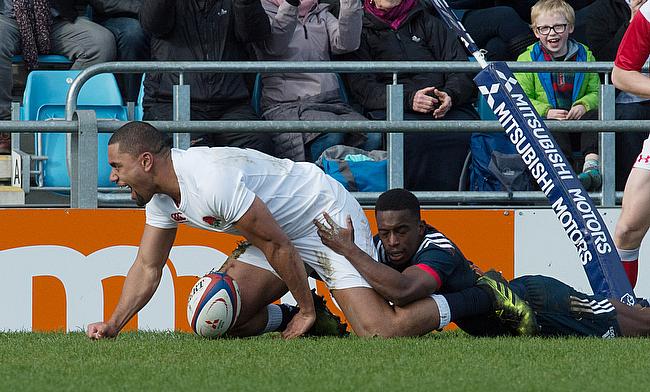 Joe Cokanasiga (left) has been selected in England's line up
©PA

England coach Eddie Jones has made 11 changes for the autumn international clash against Japan at Twickenham Stadium on Saturday.

Uncapped Bath winger Joe Cokanasiga lines up for his debut while number eight Zach Mercer makes his first start for the red rose team with Worcester's Ted Hill on the bench that also has Sam Underhill.

Co-captains Dylan Hartley and Owen Farrell has been named among the replacements allowing George Ford to lead the side on what will be his 50th Test appearance. Danny Care will start at scrum-half with Richard Wigglesworth on the bench and Ben Youngs dropping out of the 23-man squad.

Chris Ashton shifts from right wing to left wing to accommodate Cokanasiga with Henry Slade providing impact on the bench. Scrum-half Danny Care makes his first start since the Six Nations while Exeter duo Alec Hepburn and Harry Williams are on either side of Jamie George.

Jack Nowell moves from the wing to outside centre while Charlie Ewels replaces George Kruis, who is sidelined with an injury.

Meanwhile Courtney Lawes comes in for Brad Shields in the back-row with Mark Wilson switching from number 8 to openside flanker.

"Japan is an important game for us as we want to get back to winning ways. We have also tested ourselves in having a shorter preparation," said Jones.

"We gave the players two days off after three weeks of intensive work. We have had a short preparation but a good preparation."

"This weekend is a good opportunity for us to test the depth of the squad. A number of players have changed their roles going from finishers to starters and starters to finishers so that is the essential change to the squad.

"It is exciting to be able to give starting opportunities to Zach Mercer and Joe Cokanasiga and young Ted Hill on the bench."