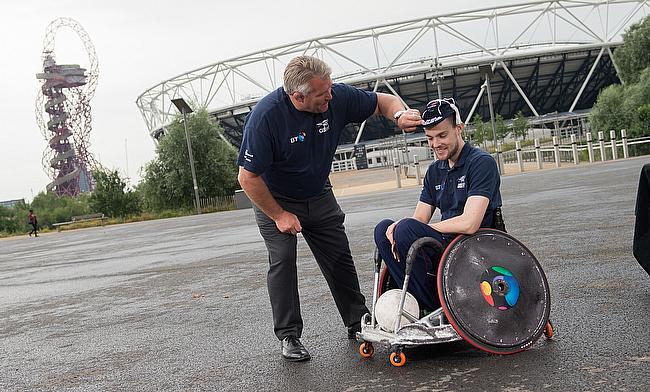 The president of the Rugby Football Union Jason Leonard OBE has been announced as the first Patron of Great Britain Wheelchair Rugby.

Leonard had a phenomenal record while representing England between 1990 and 2004 where he went on to become the most capped international player before Australia's George Gregan broke the record in 2005 and it was in 2013, the 47-year-old's record for the most capped forward player was broken by former New Zealand skipper Richie McCaw.

The 12 Wheelchair Rugby athletes selected for the Paralympics GB in the upcoming Olympics will receive their caps from Leonard and GB captain Chris Ryan feels it will be a great opportunity for the team.

"To have a rugby legend like Jason Leonard join as our Patron and present our caps is awesome - we are looking forward to getting on with the tournament and showing what we can do against the best."

Chairman of Trustees at Great Britain Wheelchair Rugby, Kevin Aitchison, believes the inclusion of Leonard on the board will help the game gain wider recognition.

"Jason embodies all of the values we as a sport and a charity hold dear. He is widely respected and his leadership, humility and ability to inspire others makes him a valuable asset to have on board."

Describing it as an "honour" to be named the first patron in the game, Leonard admitted the players have always been an inspiration to him.

"It’s an honour to be asked to be the first Patron of this amazing sport. I first got to know the game when I was squeezed into a chair to take part in a charity event at Hazlemere Rugby club back in 1991.

"It’s the most exciting of sports to watch and I am always inspired by those who play the game".

The cap handing traditional event will take place at Mandeville on Friday.