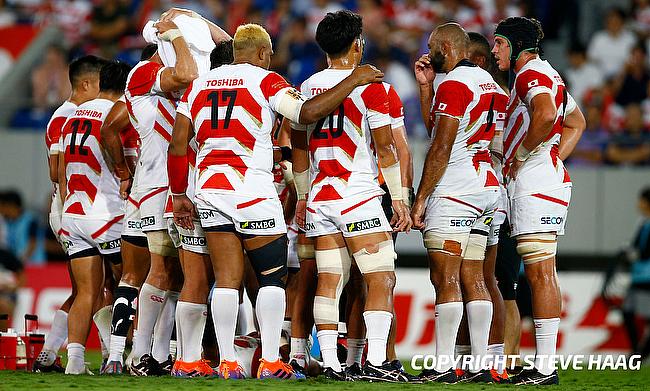 The Japan Rugby Football Union announced that they will be hosting France for a two-game Test series in July.

The first game will be played on 2nd July at Toyota Stadium in Aichi before the two teams meet again on 9th July with the venue yet to be confirmed.

"On behalf of the JRFU and the entire Japanese rugby family, I would like to express our sincere delight that the French national team will tour Japan this summer," Shigetaka Mori, the JRFU president said.

"Les Bleus are playing remarkably well in the Six Nations Championship and continue to develop a potent style of play, combining power and speed with their traditional flair.

"With France due to host the Rugby World Cup in 2023, they are emerging as strong contenders for their home tournament."

The last time these two teams met was during the November series in 2017 with both the sides sharing the honours with a 23-23 draw.

The Federation Francaise Rugby (FFR) president believes Japan will be a competitive opponent for the summer series as they continue to prepare for the 2023 World Cup.

"Japan is now a major rugby nation," he said.

"Their performance during the last World Cup showed the ability of this team to compete with the best. It is the first time that the XV de France is going to Japan for a Summer Tour.

"I would like to thank the Japan Rugby Football Union and president Shigetaka Mori for having us and I am delighted that our teams can meet on the pitch. With Rugby World Cup 2023 coming up, it is crucial to play against opponents of the greatest quality."