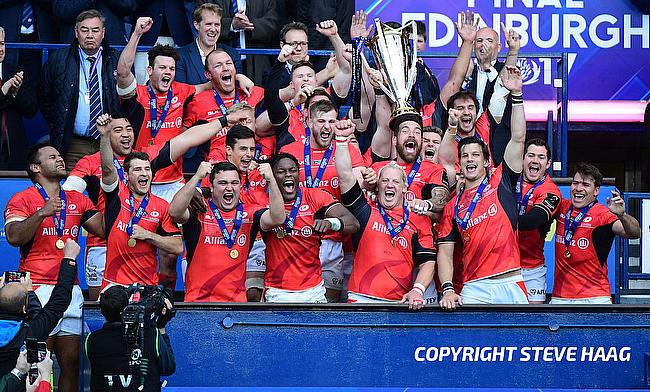 Saracens have announced that strength and conditioning coach Andy Edwards will leave from the club to join the Springboks.

Edwards initially joined the club as a player in 2004 and was appointed Academy strength and conditioning coach in 2006 and had worked closely with the likes of Jackson Wray, Will Fraser, Owen Farrell, Jamie George and George Kruis.

Edwards will take up the role to Head of Athletic Performance with South Africa replacing Aled Walters, who left the job earlier this year.

“Firstly, I’d like to say thank you to the Wray family for everything they have done for me since a was a teenager.

“Secondly to Mark and Phil for all the support they have given me over so many years. I’m truly grateful for the time I’ve had at Saracens.

“I can’t quite believe that I won’t be coming into work here anymore after 15 years of coaching, I’ve grown up at the club and have been a part of something that has given me some of the best times of my life.

“I have had the chance to work with some of the best players, coaches and support staff in the world but more importantly I get to call them my mates as I leave."

Saracens director of rugby Mark McCall lavished praise on Edwards' contribution to the club and wished him good luck for his commitment with the Springboks.

“Andy has been a hugely popular and important figure in our group for a long time,” said McCall said.

“Whilst we will be sad to see him leave the club, we are also thrilled for him to get such an exciting opportunity on the international stage.

“It speaks volumes for how highly our outstanding Performance Team is regarded and we know that Andy will do a great job.

“I would like to thank Andy for his friendship and for the wonderful contribution he has made to our club and wish him and Lorena all the best as they set out on a new journey.”