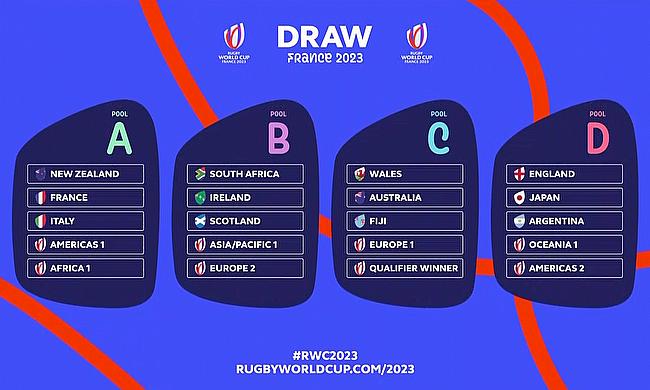 The countdown is on ahead of the next Rugby World Cup, with just two years to go until the tournament heads to France for its tenth edition.

The event will also mark 200 years since the game’s traditional establishment.

And although the story of the sport’s foundation by William Webb Ellis is disputed by some historians, the tournament is hotly anticipated as a true milestone even in the sport’s history, following a successful competition held in Japan two years ago.

In this article, we will consider the outcome of the competition. Is anybody strong enough to wrestle the trophy away from the All Blacks? Could hosts France triumph, or will England add a second tournament triumph, 20 years after Jonny Wilkinson’s drop-goal secured glory?

Priced as 7/4 favourites in the latest betting odds published at Space Casino, New Zealand will take some stopping. The All Blacks were winners in 2011 and 2015, although their dominance was interrupted in 2019 by a resurgent South Africa. Under coach Ian Foster, the team will undoubtedly have revenge on their minds.

#3 - @Te_Nug cracks a joke with Ian Foster during the All Blacks official 2020 team photo.

Beaten in 2019’s Final, England have succeeded in maintaining their good form, despite the heartache of defeat to the Springboks. Under coach Eddie Jones, the Red Rose has produced settled if unspectacular form and the team have been installed as 7/2 second-favourites, ranked as the team with the best chance of stopping New Zealand.

Every host nation seems to find that extra bit of strength, speed and skill heading into a major tournament. South Africa were winners on home soil in 1995 and all eyes will be on Fabien Galthie’s side as they aim to end their World Cup drought. France will aim to go one better after being beaten finalists on three separate occasions.

Holders and three-time winners, South Africa are priced at 9/2 to become the first nation to lift the William Webb Ellis Cup on four occasions. The Springboks were 32-12 winners against England in the Final in Japan last time around, though their form since that win has been far from world-class.

President @CyrilRamaphosa departing South Africa ???? for Yokohama, Japan ???? where he will lead the nation’s support for the @Springboks in their Rugby World Cup final against England. #RWC2019 #StrongerTogether pic.twitter.com/TJqFdJou58

Beyond the four favourites sit a quartet of sides priced more generously, but who each have the capabilities of springing a surprise. At 10/1 Australia could be a great bet after having won the trophy twice previously. It’s now 22 years since their last trophy lift and coach Dave Rennie will be itching to end the wait, while Ireland, Wales and Argentina are perhaps the three biggest nations to have never won a World Cup.

All three nations have shown that they are capable to springing an upset and, if they can hit the right form at the right time, they could have a massive influence on the destination of the William Webb Ellis Cup.

With another two years of rugby still ahead of us, much can change as we count down to the tournament. But although there are Championships to be contested and bragging rights to be won, you’d forgive the world’s top players for having at least one eye on the tournament.