Jackson may Miss the Season 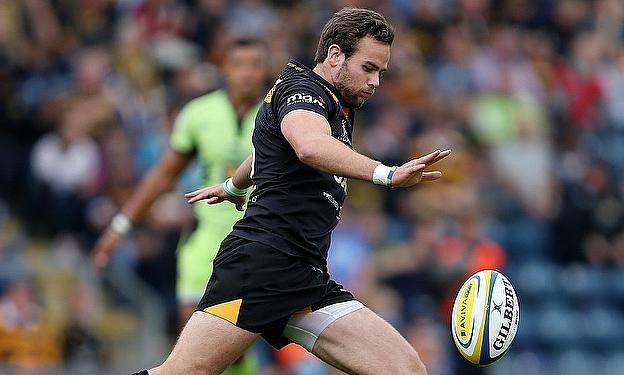 Wasps and Scotland fly-half Ruaridh Jackson could miss the rest of the season after suffering a serious knee injury during his club side’s victory over reigning Champions Northampton last Sunday.

It has today been announced that the Scottish playmaker suffered an anterior cruciate ligament tear, which will require surgery and is likely to be side-lined for between six and nine months.

The 26-year-old made the move from Glasgow to London this summer, alongside earning 25 international caps for his country.

In an international shirt, Ruaridh will miss the autumn Test matches and the 2015 6 Nations campaign.

"We are all incredibly disappointed for Ruaridh, who has made such an impact since joining Wasps this season," Wasps rugby director Dai Young said.

"He has impressed me during training, both with his skill level and his attitude, and it's a real blow to lose him after he played so well in pre-season and when he came on against Northampton last Sunday.

"Our medical team will be monitoring Ruaridh carefully and supporting him through this frustrating period.

"Professional sport is cruel at times, and this is certainly one of those times.

"Alex Lozowski will now have an opportunity to impress over the next few weeks, alongside Andy Goode, while we also have the option of playing Rob Miller at fly-half."

Jackson made his Test debut against New Zealand in 2010. His most recent international appearances were against the USA and Canada during Scotland's summer tour three months ago.