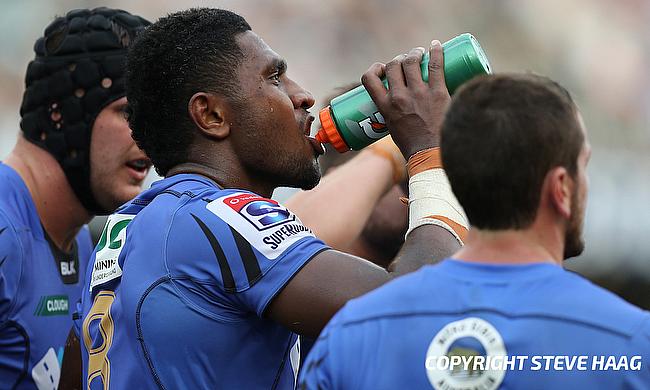 Isi Naisarani the only debutant in Australia team
©Steve Haag

Eben Etzebeth to lead South Africa in Rugby Championship opener against Australia
Is the popularity of Rugby Union in Australia on a decline?
Australia fly-half Bernard Foley to exit Waratahs after World Cup
James O'Connor and David Pocock to link-up with Australia squad

James Slipper and Nic White both return to the Australian setup with Waratahs prop Harry Johnson-Holmes set to make his debut from the bench. Dane Haylett-Petty takes position on wing with Kurtley Beale joining the replacements.

Hooker Jordan Uelese will play his first game since September 2017 after making recovery from knee injury but Allan Alaalatoa misses out with a foot injury.

“This is an opportunity for our team. We really want to begin building momentum to take us towards our goals in 2019,” said Cheika.

“The players are impatient to play at Ellis Park where our Wallabies haven’t had an opportunity to play for quite a while.

“We know we go into the game as heavy underdogs but most of the players have had a touch over three great weeks of training to prepare, so really they just can’t wait to get out and get into the battle.

“I’m feeling a lot belief and commitment from the people in this Wallaby squad. They’ve all invested a tonne of effort into our preparation and I know the 23 men selected to represent us all on Saturday will do us proud.”