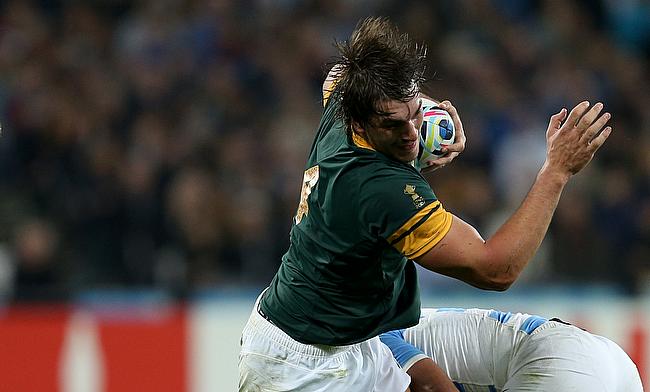 South Africa director of rugby Rassie Erasmus has named lock Eben Etzebeth as the captain for the opening game of the Rugby Championship against Australia to be played in Johannesburg.

The decision follows after regular skipper Siya Kolisi is sidelined with a knee injury while Aphiwe Dyantyi will also miss the encounter with a hamstring injury.

Rynhardt Elstadt and Herschel Jantjies are the only uncapped players in the starting line-up with Lizo Gqoboka set to earn his maiden cap from bench.

“The squad have trained together for more than three weeks and this match is important for us to start a very important rugby year,” said Erasmus.

“We want to win the Castle Lager Rugby Championship and we have a specific plan, which starts Saturday with the first Test against the Wallabies.

“We have planned to mix things up in the first two Tests of the season, in order to give game time to as many of the players in our wider squad, and we believe this is the right combination to face a very good and competitive Australian side.

“We are excited for the forthcoming year and I want to congratulate Rynhardt, Herschel and Lizo on their first inclusion in a Springbok match-day squad, while the leadership role is not something new for Eben. The build-up has been good and there is definitely a very good vibe for match.

“Australia have prepared very well for this match and they have spent two weeks at altitude to acclimatise to the Highveld, so we are in for a great contest".