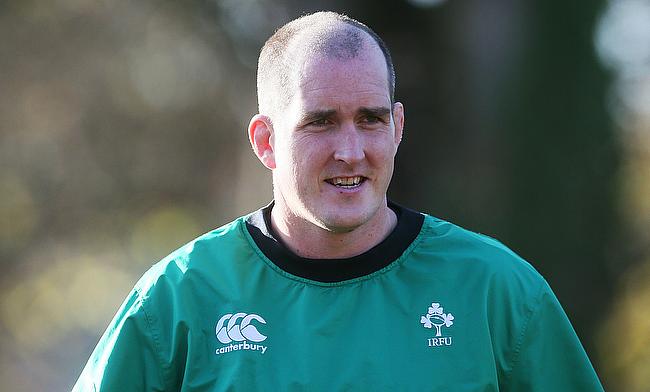 Toner has been instrumental in Ireland's campaign since his debut in 2010 and has featured in 67 Tests in which he started in 52 games. He was also part of Ireland's recently concluded encounter against Wales which they went on to win 17-22.

Jean Kleyn, James Ryan, Iain Henderson and Tadhg Beirne have been the preferred locks. Apart from Toner, Kieran Marmion, Jack McGrath, Will Addison and Jordi Murphy also miss out in the squad captained by Rory Best.

"I've coached Dev for 10 years, he's not just our line-out champion but he's such a good player, and he's an absolutely quality person. That was an incredibly tough conversation yesterday," said Schmidt.

"Jean Kleyn - we probably don't have a specialist tight-head second row as such and I think we're looking for that balance. Tadhg Beirne gives us that versatility and he's teamed up with Kleyn really well at Munster this year.

"He gives you the threat over the ball like a 6 or 7 would and can play in the back row. We have James Ryan who's made an immediate impression.

"Iain Henderson has promised so much and performed incredibly well for us at times. We're going to need him to put his best foot forward so it was a very tight decision around Dev as well."

Chris Farrell will be among the centre options along with Garry Ringrose, Robbie Henshaw and Bundee Aki while Keith Earls, Jacob Stockdale, Rob Kearney, Andrew Conway and Jordan Lamour with Joey Carbery and Jack Carty providing cover to Johnny Sexton at fly-half.