International returnees could be the keys to unlocking Wasps form 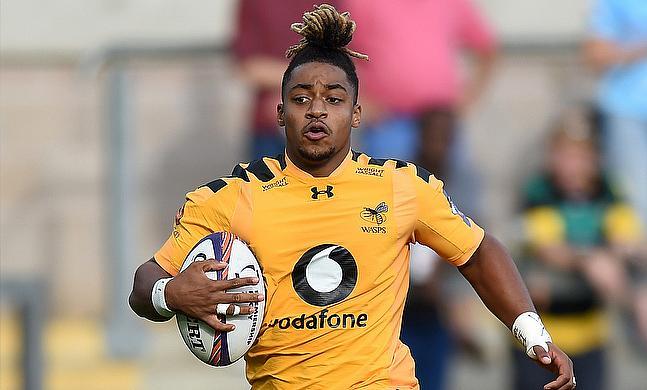 Jack Nowell Exclusive - Injuries, England & his world of rugby
Match Centre: Newcastle Falcons 18-20 Wasps
Eddie Jones: That rat poison gets into players heads and we try to keep it out
Wasps sign Francois Hougaard from Worcester Warriors ahead of 2021/22 season

Since the Six Nations period began, Lee Blackett’s men have only experienced victory on two occasions.

Their most recent triumph came last weekend when the side travelled to the North-East to play Newcastle Falcons at Kingston Park and came away with a 20-18 win.

Having had Dan Robson, Paolo Odogwu, Jack Willis and Tom West called up by England at various points during the championships, it has been a rough run of form for a side who reached the Premiership final last season.

Wasps will also be without Willis for a while longer after the flanker suffered a serious knee injury against Italy, but there is perhaps even more frustration surrounding Odogwu.

One of the Premiership’s most in-form players before his maiden international selection in July, this weekend’s game against Sale Sharks will mark 11 weeks since the back last took to the pitch.

For the entire Six Nations, Odogwu has remained in the Lensbury Hotel in Teddington training as part of the 28-man England squad, but each week, he was overlooked for selection.

Whilst England head coach Eddie Jones did cite a shoulder injury as a reason for the 24-year-old's omission, Lee Blackett said Odogwu would have been fit to play in the Six Nations finale against Ireland and will be considered for selection this weekend.

As to why his player didn’t receive his first international cap, the Wasps head coach was left scratching his head.

Keep your eyes peeled for his explanation vid later on ??

“It’s a tough one, isn’t it?” Blackett said. “Eddie is experienced enough. He sees the guys every week and picks the team he wants to pick. From a purely selfish perspective, we want Pabs to have played for them.

“If you look at the amount he has played in the last couple of years, he was starting to come into some great form just before he went away with England and now we've had 11 weeks to the game until his last game, the Bath game.

"The frustration is, he was in great form there, but having said that, we can't get away from we want our guys to be getting international honours. He got that opportunity, he's gone away and unfortunately for us, he's not managed to play within that.

“I know 11 weeks without a game can be fairly difficult, but you can imagine the training they have been doing in England has been pushing him, so hopefully he is not too far off the pace.”

Last week, Wasps were able to see both Joe Launchbury and Alfie Barbeary return to action, allowing Blackett and his coaching group to check two names off their lengthy injuries list.

Kieran Brookes and Jeff Toomaga-Allen each face a battle to be fit for this weekend, whilst James Gaskell and Simon McIntyre are several weeks away from consideration.

Tom Cruse and Marcus Watson are both sidelined, however tighthead prop Biyi Alo has returned to training this week, easing the burdens on the club’s fairly depleted front-row stocks.

Paolo Odogwu who was in flying form for Wasps in the Premiership, still awaits playing any competitive rugby since Jan 8th having not been selected for any of England's 6 Nations matches nor released back to his club. https://t.co/RKpJPP4ljg

Will Rowlands is back in the reckoning as well, the second-row having flitted between the Wales camp and his club set-up. Whether or not Robson is available for selection is yet to be seen as the 29-year-old was heavily involved in England’s Six Nations campaign.

Sale will be playing with largely the same group they have had available during the Six Nations period, with only Tom Curry returning to training this week. Without the back-row, Alex Sanderson’s team have raced to fourth in the Premiership table.

At present, 12 points separate the Sharks and Wasps, the two teams possessing plenty of quality in their ranks to contend for places at the head of the Premiership table.

It has been a year since Blackett took over from Dai Young at the Ricoh Arena. At that time, the club were experiencing a bad run of form, placed outside the top six, but following the first lockdown, they raced to the Premiership final where they fell short to Exeter Chiefs.

If they hope to reenact that feat or even make it to the upper reaches of the Premiership, then a similar run is required. Their returning internationals, as well as a decreasing injury list, could be their catalyst.