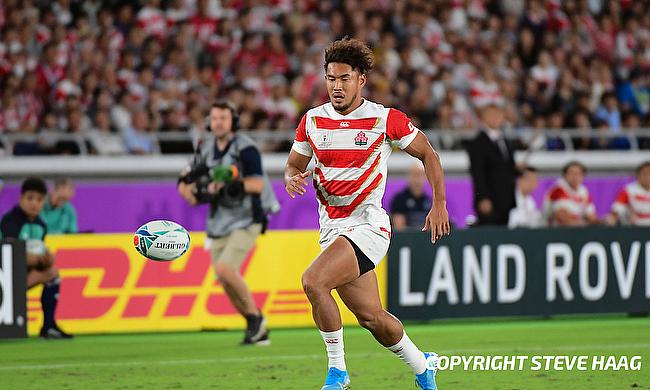 Japan head coach Jamie Joseph has made one forced change in the starting line-up for their World Cup quarter-final against South Africa in Tokyo on Sunday.

William Tupou drops out of the matchday squad as he failed to recover from a concussion that he sustained during the game against Scotland allowing Ryohei Yamanaka to gain a promotion from the bench to start at fullback. Yamanaka's place on the bench has been handed to Lomano Lava Lemeki, who will provide cover to the back-three.

Jiwon Koo has recovered from a rib injury that he suffered during the game against Scotland and retains his place at loosehead prop while Wimpie van der Walt and Amanaki Lelei Mafi also are included in the replacement list.

The last time these two teams met in a World Cup game was during the 2015 edition when Japan scripted a historic 34-32 win in Brighton but the Springboks went on to beat the Brave Blossoms 7-41 in their only other encounter that was played in Kumagaya last month.