Hurricanes receive All Blacks boost ahead of Crusaders clash 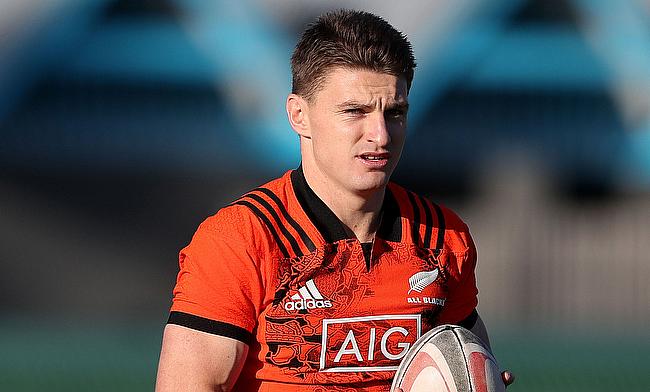 Beauden Barrett has returned to Hurricanes line up
©PA

Super Rugby champions Hurricanes have received the much needed boost ahead of their crucial clash against Hurricanes at Westpac Stadium with six All Blacks players returning to the squad.

The Barrett brothers - Jordie and Beauden, Julian Savea, Ardie Savea, Ngani Laumape and TJ Perenara all have been drafted into the starting line-up for the final round of this season.

Flanker Vaea Fifita, who made his debut for New Zealand in the recent game against Samoa is also part of the starting XV that features Nehe Milner-Skudder as well but Dane Coles continues to be on the sidelines with an injury.

Both Hurricanes and Crusaders have already managed to qualify for the next round but a win on Saturday will see Chris Boyd's men locking horns with Brumbies in the knock-out stage.

Meanwhile, Chiefs, who are one point less than Hurricanes will look to pip the Super Rugby champions as they face Brumbies in the final round earlier on Saturday at FMG Stadium Waikato.

Kieran Read and Israel Dagg have returned to the starting line-up of Crusaders while Sam Whitelock takes his place on the bench.