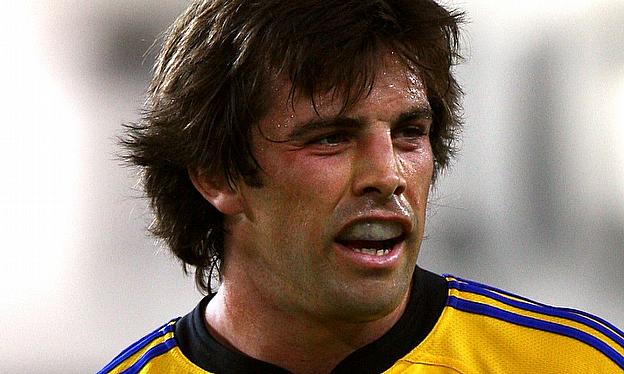 The Hurricanes scored four second-half tries to come from behind for a 39-17 victory over the Blues in Wellington.

Scores from Julian Savea, TJ Perenara and Conrad Smith saw the Hurricanes overcome a 17-13 deficit, and Motu Matu'u then put the icing on the cake in the final minute.

Smith's score in the 63rd minute was enough to secure the Hurricanes a bonus point and put them in the wild-card places ahead of the rest of the weekend's Super Rugby fixtures.

The Blues suffered a blow before kick-off with the loss of All Black Ma'a Nonu to a calf injury, but scored first with Chris Noakes' second-minute penalty handing them the early edge.

Beauden Barrett levelled it moments later and the Hurricanes stormed into the lead as Alapati Leiua slipped through from five metres out to score the opening try after 14 minutes.

Barrett added the conversion but the Hurricanes then missed two chances to score to keep the Blues in it.

First Barrett missed a penalty and then they had a 21st-minute try ruled out after the television match official review ruled a forward pass after Leiua had fed Savea.

The Blues took advantage, with George Moala getting them back in the game with a 29th-minute try in the corner.

They then snatched the lead before half-time, taking advantage of a late penalty which saw Dane Coles sent to the sin bin.

The Blues chose the scrum and tried for a pushover, but were awarded a penalty try on the stroke of half-time.

But the Blues could not make the most of their man advantage in the early stages of the second half as knock-ons proved costly, and Savea bashed his way over in the 48th minute to put the Hurricanes back in front even before Coles returned.

The Blues had hardly caught their breath and Perenara raced clear to score another try in the 50th minute, with Barrett's conversion making it 27-17 before Benji Marshall's penalty cut the gap.

However, the Blues' hopes of staging a fightback were further hit in the 63rd minute when Smith ran on to Savea's chip to score the bonus-point try, and as the siren sounded Matu'u slid over to cap it with a fifth try for the hosts.