'Canes Cling on to Jane 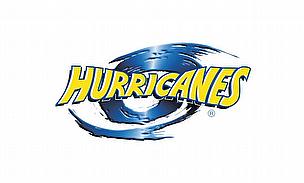 'Canes Cling on to Jane

Hurricanes fans have been provided a brief dose of relief following a recent spate of departures, with All Blacks winger Cory Jane re-signing with the Wellington-based team for the next Super Rugby season.

The 28-year-old becomes only the second high-profile player after Conrad Smith to remain with the franchise after a close season of reshuffling and unrest that has seen an extensive clear-out of playing staff by head coach Mark Hammett.

Following weeks of prior speculation, centre Ma'a Nonu ended his 8-year affiliation with Westpac Stadium in June by agreeing a 2-year deal with the Blues, and has since been joined in Auckland by half-back and New Zealand colleague Piri Weepu.

Also blown out the Hurricanes' exit door have been club captain Andrew Hore “ who has settled back in his birthplace of Dunedin for one last season of top level rugby “ and promising fly-half Aaron Cruden who has been poached by the Chiefs.

With prop forwards Neemia Tialata and John Schwalger deciding to play out the remainder of their careers in the opulent luxury of the Top 14 in France and wing Hosea Gear considering a similar move following his All Blacks World Cup snub, the Hurricanes squad is left desperately thin for the 2012 season.

22-cap Jane's decision to stay loyal to his home-town franchise will therefore undoubtedly be greeted with welcome relief from the Wellington faithful. But with player number so obviously dwindling, recent results recording more losses than wins and Jane's contract extension reportedly only a year-long, this particular sinking ship might just have one less occupant by the start of Super Rugby 2013.