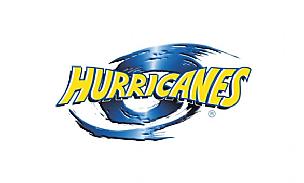 The game started in disastrous fashion for the home side a slick move by the Reds backline put them deep inside the Hurricanes 22, after a couple of quick phases flanker Scott Higginbotham picked a superb line and crashed over for the opening try inside the first two minutes.  Quade Cooper missed the conversion, but the Reds had a 5-0 lead. They nearly had a second try just three minutes later but winger Luke Morahan couldn't reach Coopers clever grubber kick.

The Hurricanes got their first score on 11 minutes, after several phases of play inside the Reds 22, quick hands down the blindside allowed flanker Faifili Levave to score in the corner. Cruden couldn't add the extras and the score stayed 5-5.

The home side were starting to get on top and the momentum had swung their way, Cruden was controlling the game from the number 10 jersey and All-Black Hosea Gear was a threat to the Reds defence every time he touched the ball. But it was Cruden who got the second try for the Hurricanes, the fly-half took the ball flat and threw a dummy and waltzed through a huge gap to score, he added the extras and extended the lead to 12-5.

Just two minutes later the Hurricanes were in again, this time a superb break by full-back Andre Taylor sent him deep into Reds territory and after a couple of phases, some great off-loading allowed the young full-back to score in the corner. Despite the missed conversion the Hurricanes now had a 12 point advantage.

The home side delighted the crowd at the Cake Tin with the bonus point try five minutes before the interval. Again sharp hands down the blindside sent prop Neemia Tialata down the line and he barrelled over Will Genia for the try, with another missed conversion the Hurricanes went into the break 22-5 ahead.

The Reds looked like a completely different side to the one which put in a superb defensive effort against the Waratahs last week, they were outmuscled at the breakdown and the forwards were unable to give Cooper and co any platform. Whereas the Hurricanes forwards were giving Cruden superb service and allowing him to unleash the fast and powerful backline.

The second half started exactly like the first, the Reds got an early try after a pin point cross kick by Quade Cooper was collected Luke Morahan who scored in the corner. It was a perfect start to the half for the visitors, Cooper missed the conversion but the Reds were back in the game 22-10. Cooper then quickly added his first penalty of the night to close the gap to 22-13.

The Hurricanes back line continued to threaten and only a fantastic covering tackle by Genia stopped Gear scoring in the corner. There was a lengthy break just after the 50 minute mark after centre Charlie Ngatai suffered a serious knee injury.

When the game resumed Cooper and Cruden exchanged penalties and the score was 25-16 going into the final 20 minutes. The Reds were starting to get a few turnovers and the forwards competed a lot better at the breakdown.

Morahan crossed for his second try after 63 minutes, a deft inside ball by Cooper sent the winger flying through the gap, Morahan then stepped and dummied his way to the line for one of the scores of the season, Cooper added the simple conversion and the Reds were just two points behind.

With 10 minutes to go Cooper slotted another penalty to give the Reds the lead 25-26, and it looked like they had completed an incredible fight back. But Cruden had the final say in the dying moments of the game when he stepped up and nailed the winning penalty to give the Hurricanes the victory in a thrilling game that could have gone either way.

The Hurricanes will be delighted to get back to winning ways after a couple if losses, but the Reds will be gutted after coming so close. Cruden really stepped up to the plate and produced a great display, his goal kicking wasn't the best but with ball in hand he was sensational and the All-Black selectors may be considering him as a back up to Dan Carter.