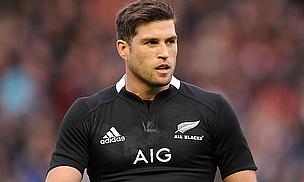 Super Rugby Round 6 XV: Dan's Back
Super 15 Rugby - key learnings as round 6 kicks off

The Hurricanes maintained their perfect start to their Super Rugby by defeating the Rebels 36-12 in Wellington on Friday.

Two tries from Nehe Milner-Skudder as well as scores from TJ Perenara, Cory Jane and Callum Gibbins put them on course for a sixth straight win.

The Rebels failed to make Scott Higginbotham's 100th Super Rugby appearance a memorable one and have now lost four out of their last six matches.

They had just four Mike Harris penalties to show for their efforts, the first of which put them in the lead after seven minutes after flanker Brad Shields was penalised at the breakdown.

The Hurricanes responded through Perenara's score which was converted by full-back Jason Woodward from a tight angle to put the home side 7-3 up.

Two more penalties from Harris helped the Rebels inch into a two-point lead before he and Woodward traded another penalty apiece to make it 12-10 to the Rebels at the break.

Just six minutes into the second half, Jane scored the Hurricanes' second try of the match and his second of the season which was well converted by Woodward.

Gibbins then touched down for his first ever Super Rugby try following up on a James Marshall punt up field and Woodward's conversion put the Hurricanes 24-12 clear.

Perenara ended the game in the sin-bin following a deliberate knock-on with 10 minutes remaining but despite his absence, the Hurricanes secured a bonus point when Milner-Skudder touched down.

There was even time for the replacement full-back to grab a second try - converted by Woodward - before the final whistle was blown to complete a comprehensive victory.