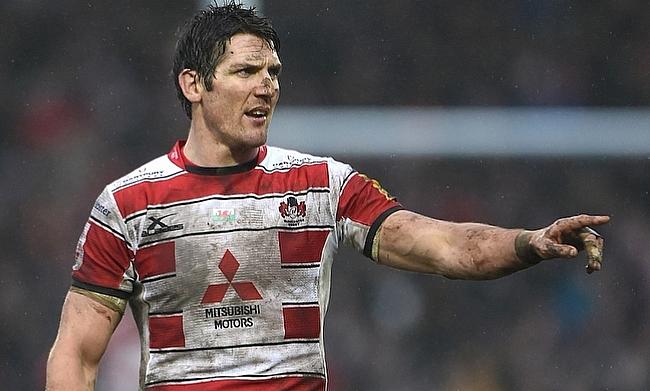 Gloucester Rugby’s Head Coach David Humphreys was full of praise for his sides second half efforts as they fought back from a 6 – 14 half time score line versus London Irish to win 27 – 14 at Kingsholm on Saturday.

London Irish lead at the break thanks to tries from Ciaran Hearn and Alex Lewington but the hosts stayed within range thanks to the boot of Wales international James Hook.

Hook kicked a total of 17 points in the game, with Matt Kvesic and Billy Burns chipping in with a try a piece in a dominant second half performance.

“I thought our second half was a good a performance as we have played all season,” said Humphreys after the match. “Today was about getting the win, it was absolutely crucial.”

The Cherry and Whites’ victory was built on the back of a clinical second half from their pack, who controlled the game and forced London Irish into conceding a number of crucial penalties.

“Our set piece was dominant,” said Humphreys when asked about the importance of his pack’s efforts. “We kicked well and chased well and because of that we managed to get the two or three opportunities to score a couple of tries and huge credit to James Hook in the conditions to kick as well as he did.”

A player central to their dominance upfront was new signing Jeremy Thrush. The All Black was in imperious form as the hosts’ go to man in the lineouts with 16 claimed lineouts, the most in a Premiership game since 2008, and put in the hard yards in the quagmire of the Kingsholm pitch.

“With the background of where he has come from, we know he is an international standard player,” said Humphreys of his new recruit.

“It will take some time for him to get used to the type of rugby over here and the set piece but I think he was outstanding tonight.

“I though our lineout was the main factor in the second half that allowed us to win the game.

“That is the quality of player we need to bring in and produce that level of performance week in week out if we want to get ourselves closer to the top of the table and competing with the top teams.”