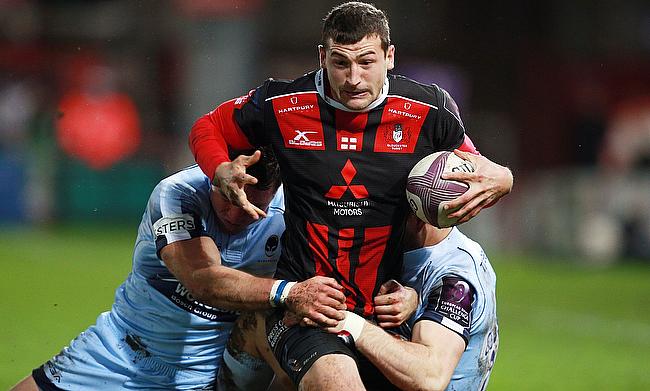 Kvesic keen to prove worth to Eddie Jones
Laidlaw skippers Gloucester for 'Big Game 8'
Lucky number 13 for Gloucester; Montpellier beat Cardiff at the death
Ben Morgan grateful to have chance to recharge batteries

Jonny May is set to miss the entire RBS 6 Nations with a knee injury sustained in Gloucester's Aviva Premiership draw with Harlequins.

May was forced off in the 42nd minute of the Twickenham clash last Sunday after injuring his knee whilstl kicking the ball and it has now emerged that the Gloucester speedster is set to go under the knife.

"He's seeing a specialist on Tuesday and based on the outcome of that we will have a much clearer picture on what needs to be done.

"Most importantly, it is a huge blow for Jonny to suffer an injury like that at this stage of the season. But knowing him and his dedication, he will leave no stone unturned in his recovery."

England open their RBS 6 Nations campaign against Scotland on February 6 and given Humphreys' bleak prognosis it seems unlikely that May will play any part in the tournament.

The 25-year-old had re-established himself alongside Anthony Watson as one half of England's first choice wing pairing with three tries in six appearances made in the build up to, and during, the World Cup.

England head coach Eddie Jones has already lost Exeter duo Henry Slade and Dave Ewers and Northampton prop Kieran Brookes to injury for all, or part, of the Six Nations.