Kvesic keen to prove worth to Eddie Jones 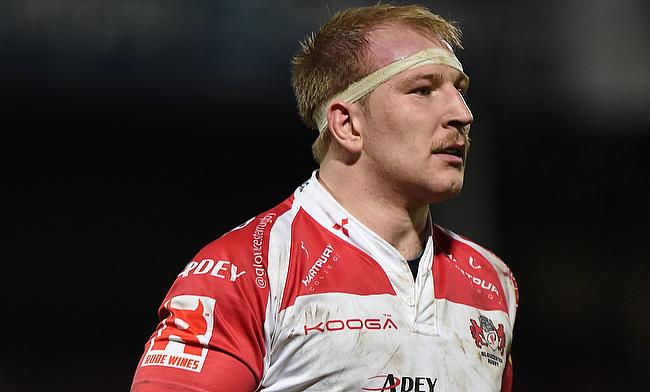 Matt Kvesic hopes the performances and influence of teams with genuine opensides at the World Cup will have underlined his value to new England head coach Eddie Jones.

Kvesic advanced his claim for replacing Chris Robshaw as England's starting openside flanker with a man-of-the-match performance for Gloucester in Sunday's 39-39 Aviva Premiership draw with Harlequins.

England back row rivals Robshaw, Jack Clifford and Luke Wallace all failed to match Kvesic's influence at the breakdown on Sunday and the 23-year-old is encouraged by the impact made by genuine opensides at this autumn's World Cup.

"David Pocock and Michael Hooper were absolutely on fire for Australia during the World Cup," Kvesic said.

"There is definitely a place for that type of seven in the game, with Australia playing with the two of them, and Richie McCaw was on fire as always.

"The tournament highlighted the need for a seven, but it is also about preference from coaches and what teams want.

"It can change from game to game and different coaches have different options, you have just got to ride it really.

"I don't know if my performance against Harlequins has advanced my claims, but it was probably handy and it's good to get a reasonable performance under your belt.

"I got a couple of decent turnovers which was great, but it was more just working in the system to try and slow some ball down.

"Quins had Robshaw, Wallace and Clifford and we knew it was going to be a tough challenge, so it was good to come away with a few turnovers."

Gloucester director of rugby David Humphreys described the ex-Worcester Warrior as England's "seven-in-waiting" in his post game interview following Big Game 8 at Twickenham, but Kvesic is more cautious about the prospect of adding to his two caps.

"I know there is going to be a lot of competition. There has been a lot of talk about specialist sevens," he said.

"We have an abundance of good young sevens, whether they are coming through or they have been around. It's healthy competition.

"I want to be playing the best rugby I can to cement the place in that team, but you are going to have people who are feeling exactly the same so there is going to be competition for that place."