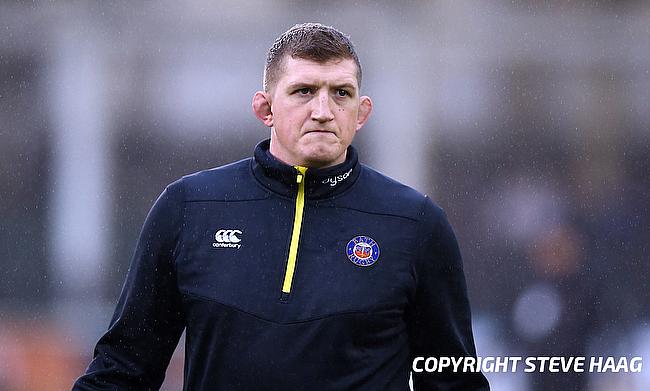 Tom Homer scored a double as Bath edged out Leicester Tigers 13-10 in a low-scoring Gallagher Premiership encounter at Recreation Ground on Saturday.

This is Bath's fifth win from nine games as they climb to the sixth position in the table while Leicester Tigers are languishing at the 11th place with 12 points but are cleared of relegation with Saracens moving to the second tier next season following breaches in salary cap.

Homer set the proceedings early for the hosts with a fourth minute unconverted try with a response from the Tigers coming in the 24th minute through a penalty goal from Tom Hardwick as the teams finished the first half with a 5-3 scoreline.

Stuart Hooper's men were quick to get off the block in the second half with Rhys Priestland kicking an early penalty goal to take their lead to eight points but they soon suffered a setback in the 52nd minute when Josh Bayliss was sin-binned for collapsing a maul.

Leicester Tigers capitalised on the numerical advantage with Ben White dotting down in the 60th minute that was improved by Hardwick making the scoreline 8-10 before Homer's second that was confirmed with a confirmation from a TMO ensured a thrilling three-point victory for the hosts.

"We let Leicester dictate the tempo of the game, we knew with their forwards that they would slow the game down, and we were getting to their levels rather than those we wanted to set.

"When we had the ball between line-outs, I wanted to see a bit more with ball in hand. We coughed up the ball 11 times, 11 turnovers and all those moments are moments we could have applied pressure and we didn't.

"I'm pleased with the way we scored the try, I thought the effort from the forwards was outstanding and the way the boys closed out the game was really good."