Hartpury continue fine form while Northumbria get off the mark 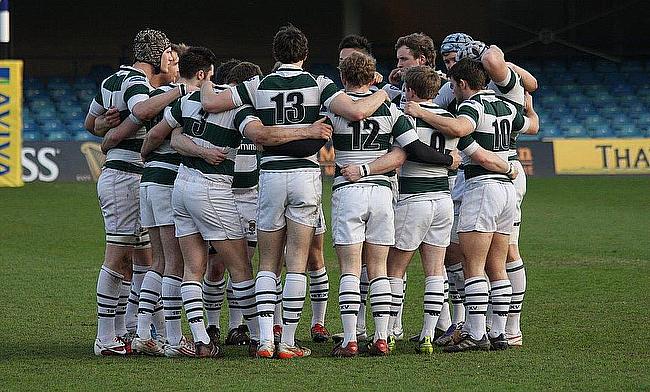 Hartpury College maintained their perfect start to the season with a fine victory over Durham to stay top of BUCS Super Rugby while Northumbria finally picked up their first win in this division.

League leaders Hartpury have now won all five of their matches in this inaugural Super Rugby season and they currently lead the way by two points. Loughborough, who have played one more game than College, remain second in the table despite a loss against Exeter in a re-run of the BUCS Championship final.

Elsewhere, Cardiff Met ended a run of two straight defeats with a win over a Leeds Beckett side still looking for their maiden victory while Northumbria’s first triumph came away at Bath who have now lost their last two home matches.

In other news across BUCS, Nottingham and Bristol returned to winning ways to stay top of their respective divisions and that was also the case in the Women’s competition as Cardiff Met and Northumbria got their seasons back on track. There was also another round of cup matches’ in the Men’s competition as the first stage of the Northern and Midlands Conference cups took place.

College, who are unbeaten this season, took the lead on 23 minutes thanks to Agnew’s try and the hosts were further in front by the break as Neal cruised in.

And in an uneventful second period, a try from hooker Stratford ultimately sealed the win for Hartpury while Ben Cook provided Durham’s points from the tee.

Hartpury Coach Sean Lynn said: “The boys did exactly what we asked of them. We forced Durham into errors and our defence was outstanding. Our front five built the momentum and we were able to finish off the opportunities that created.”

Exeter survived a late Loughborough fightback to earn their third win on the bounce in this tightly contested match at Topsham Sports Ground.

James McRae crossed in the corner for Exeter, who then added a penalty before conceding a try scored by Luke Frost.

The hosts then dotted down again this time through Chris Swash, but Loughborough hit back once more as Luke Morrison replied quickly for the Midlands side.

But it was the Green and Whites who held a slender margin at the break as Ted Landray slotted over his second penalty of the afternoon to give Exeter a 18-12 lead.

Landray took just seven minutes of the second-half to extend Exeter’s lead from the tee before Callum Young went over for the home side to increase their advantage further just before the hour.

Exeter held the lead until the last five minutes before it got a little bit nervy for the hosts as Loughborough battled back. Tries from Victor Keunan and Brendon Mandivenga secured two bonus points for the visitors, but Exeter held on to continue their good recent form.

Alex Dombrandt scored twice for Cardiff as they returned to winning ways thanks to this victory over bottom of the table Leeds Beckett.

Dombrandt, who has been influential for Cardiff so far this season, was on hand yet to again to help the hosts to their second victory of the season over Beckett and move them up to fourth in Super Rugby.

His double helped the Archers into a 16-3 half-time lead with fly-half Tom Morgan kicking two penalties, while Ben Smith landed the three points for Beckett.

Cardiff Met lock Edoardo Balocco was yellow-carded on 52 minutes and Beckett took advantage of the extra man to get themselves back into this contest.

The visitors battered away at the Cardiff defence until referee Adam Jones awarded a Penalty Try which Smith converted.

Both sides then couldn’t fashion any clear-cut chances in the final quarter of this encounter and it was up to Morgan to win it for  Cardiff as he bisected the posts 10 minutes from time to secure the victory.

Cardiff Met Rugby Honouree Secretary Neil Hennessy: “With a couple of tough losses in recent weeks, we were just happy to get over the line. We started slowly and eventually built some momentum, scoring a couple of good tries in the process. Fair play to Leeds Beckett though, they never stopped coming at us and gave us a few problems in the second-half.”

Northumbria arrested a run of five defeats as they clinched their maiden BUCS Super Rugby win with a dominant display against Bath.

The away side led 10-7 at half-time, George Wacokecoke landing two kicks and Charlie Parkhouse going over for Northumbria as Alex Weighton grabbed Bath’s try and Hugo Stiles kicked the points.

Aedan Moloney’s try and a second Wacockecoke penalty edged Northumbria further ahead after the break and it was a lead they never relinquished.

In response, Stiles kicked Bath’s only second-half points, but it wasn’t enough as Northumbria finally got off the mark in Super Rugby.

Aaron James, Head of Rugby at the University of Bath, said: “Some people might have looked at Northumbria and seen that they’ve had some big losses but they’re a good side and they played well.

“We’re a better side than the one that played tonight. We just have to take the error count out, test our character and work our way out of it – we’ll spend these next two weeks getting better.”

In North A, the University of Nottingham extended their stay at the top of the table as they returned to winning ways thanks to a 19-10 victory over Loughborough 2nds away from home. Their city rivals, Nottingham Trent, are now up to second in the table as they thrashed Durham 2nds 45-12 while the University of Birmingham picked up their first win of the season as they beat Bishop Burton 26-17. Elsewhere, Leeds v Newcastle was postponed due to a downpour of snow.

The University of Bristol bounced back from defeat against UWE last week to stay top of South A as they claimed a 34-3 win over King’s College London. In the South Wales derby, Swansea earned the bragging rights as they edged out neighbours Cardiff University 10-8 while Hartpury College 2nds thrashed UWE 56-10 to move up to third in the table. The other fixture in this division saw the University of South Wales beat Exeter 2nds 27-19 to clinch their third win of the campaign.

League leaders the University of Edinburgh weren’t in action in North B this week which meant Durham 3rds and the University of St Andrews closed the gap on the current table toppers. Durham 3rds beat Loughborough 3rds 33-25 to move up to second while St Andrews sit third in the table, also on the same points as the top two, following a 31-25 win over Strathclyde.

In South B, Exeter 3rds made it five wins from five as they narrowly beat St Mary’s 13-10 on the south-coast to maintain their perfect start to the season. Bath 2nds are now four points behind Exeter after their 61-12 thumping win over Portsmouth while Cardiff Met 2nds are third in the table following a 28-12 triumph over Southampton.

Northern 1A leaders the University off Sheffield suffered their first defeat of the season as they were beaten 21-17 by Durham 4ths who are now just three points behind the Yorkshire side. Elsewhere, Lancaster lost 32-15 to Newcastle 2nds while Leeds Beckett 2nds v Hull was postponed.

In Midlands 1A this week, Nottingham Trent 2nds are now only a point behind league leaders Leicester following a 27-7 win over Nottingham 2nds. In the other fixture in this division, Warwick responded to their defeat to Leicester last week with a 46-26 win over Harrper Adams.

In the Women’s BUCS competition, Northumbria responded emphatically to their defeat against Durham eight days ago by thrashing Leeds Beckett 70-0 to go back to the top of Premier North A. Durham failed to build on that excellent triumph last week as they fell to a 22-0 defeat against Edinburgh. Elsewhere, Loughborough returned to winning ways thanks to a 22-15 victory over Newcastle.

In Premier South A, reigning champions Cardiff Met also bounced back from a defeat last week as they beat Bristol 22-7 away from home. They stay ahead of Exeter in the table who beat Oxford 37-0 while Cambridge failed to kick on from their pre-varsity victory last week as they lost 24-19 to Gloucester who have now won back to back games.

With no fixtures in the Northern 2 divisions this week, a few sides featured in the last 32 of the Northern Conference Cup. Keele University hammered Manchester 2nds 37-0 while in the all Northern 2A clash, UCLan clinched a 26-13 victory over Chester. Elsewhere, Sheffield Hallam beat Newcastle 3rds 15-5 away from home while there were also a number of postponements which involved both Leeds Beckett 3rds as well as the University of York’s clash with Liverpool John Moores.

In the first round of the Midlands Conference Cup, Birmingham 3rds thrashed Warwick 3rds 78-7 and there wasn’t much luck for Warwick 2nds either as they were beaten 32-12 by Northampton. Elsewhere, Midlands 2B side the University of East Anglia beat Harper Adams 2nds 46-10.