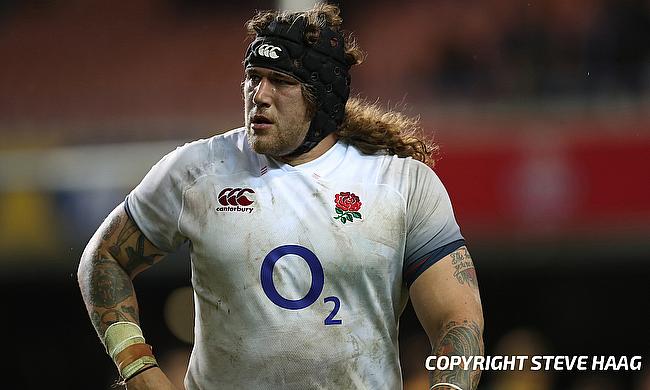 Harry Williams has been with Exeter Chiefs since 2015
©Steve Haag

Exeter Chiefs prop Harry Williams has been named the Gallagher Community Player of the Month for his social contribution to the local community for the month of April.

The 28-year-old went on to claim 44% of the overall votes and now will follow the like of Gloucester's Jamal Ford-Robinson, who won the award last month.

The Exeter Chiefs prop won the Award after taking part in the #MakeThatCall initiative which was started by Wasps and taken on by several Premiership clubs to become a nationwide success, while Williams also brought the local community together with a very funny live Bake Off with supporters where they could make an Orange Drizzle Cake with him. At the same time, he answered questions from fans about lockdown life, his rugby career, GBBO and much more.

"It's important in these testing times that the Exeter Chiefs continue to play an active role within the local community. Although there is no rugby for us to enjoy currently, it doesn't mean that the players and staff can't give back to those who support us throughout the season,” said Chiefs Director of Rugby Rob Baxter.

"For me, it's fantastic to see all of our players helping to lift the spirits of our supporters, whether it's through the excellent Make That Call campaign, social media posts or, in Harry's case, a bit of baking!"