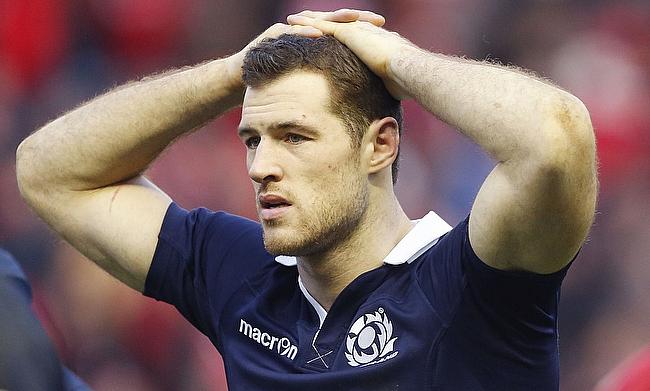 Harlequins and former Scotland winger Tim Visser has announced that he will quit professional rugby at the end of the ongoing season.

His first professional contract came with the Falcons in 2007 before moving to Darlington Mowden Park for a loan stint. His switch from the Falcons to Edinburgh came in 2010 and he straightaway made an impact becoming the leading try-scorer during the 2011/12 Pro12 season and also helped the Scottish regional club reach semi-final in the Champions Cup the same season.

His consistent performances for Edinburgh earned him a Scotland debut in 2012 summer series against Fiji and has gone on to play 33 times for the Dark Blues including two World Cup games in 2015. He had announced retirement from international rugby in May last year.

“I’d like to thank everyone at Harlequins for the opportunity to be part of such a fantastic club. I’ve thoroughly enjoyed my time here," said Visser.

“I feel now is the time for me to move on to new challenges outside of rugby with my young family. I’m looking forward to trying and proving myself in a completely different career.”

Harlequins head of rugby Paul Gustard added paid tribute for Visser and his contribution to the club.

Tim has enjoyed an exceptional career and he has been a fantastic servant over the past three seasons here at Harlequins. I have thoroughly enjoyed his company and have always respected his commitment, attitude and humour since I joined the club last July.

“He is an immensely valued and very popular member of the squad whom we will miss. We all wish him and his family the very best as he embarks on a new adventure.”