Hansen taking it game by game 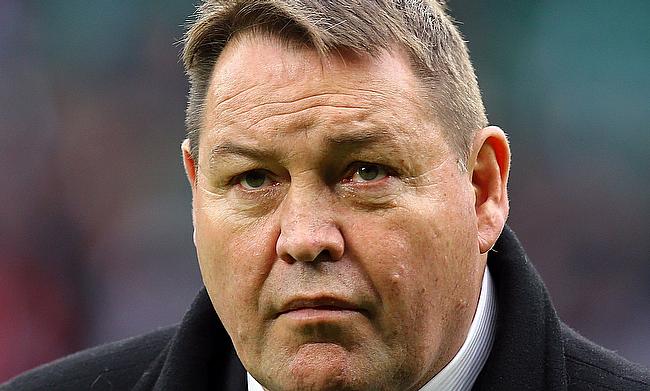 Head coach Hansen did agree the 2015 tournament will be the most open global battle yet, but claimed his side would disrespect their rivals by listing a clutch of favourites.

"Oh Argentina," replied a tongue-in-cheek Hansen when quizzed on the greatest threats to New Zealand's crown.

"They are the next game we play so they are our biggest threat.

"Look I'm not going to sit here today and say who the threats are, because that's not being respectful.

"We haven't earned the right to sit here and say who's going to play in the semi-finals, quarter-finals or finals.

"If we earn the right to get through to there then whoever it is on the other side of the white line will be the team that's the biggest threat.

"But there's a lot of hard work and pain to go through before we get to that point.

"If you take your eye off the ball, you'll lose the ball - you don't want to do that."

New Zealand have won two World Cups, both on home soil. The All Blacks open their title defence against Argentina at Wembley on Sunday week, determined to break new ground in two senses.

Hansen and company are intent on winning both on their travels, and becoming the first side to win consecutive World Cup titles.

Evergreen flanker Richie McCaw ground New Zealand to World Cup glory in 2011, but was hardly forthcoming when asked to offer England tips on how to handle home-pressure tournament.

The wariness continued as Hansen chimed in "don't tell them too much mate!" as McCaw prepared to offer insights into handling the hype of hosting a World Cup.

"From our experience I don't think we understood the hype of what was going on around the country because we put ourselves in a bit of a bubble," said McCaw.

"We didn't really realise that until afterwards.

"You put your head down in that regard.

"That pressure's there for us regardless, so it doesn't change now that we're playing away from home.

"Everywhere you go you'll be talked about, and you either use that as a positive or let it weigh on your shoulders."

Experienced centre Ma'a Nonu missed New Zealand's squad flight to London owing to illness, but Hansen confirmed the 33-year-old will shortly link up with the squad after overcoming his bug.

Australia have planned to all-but split their squad to prep two different teams to face Fiji then Uruguay in their opening two Pool A matches.

New Zealand could have been forgiven for following suit for their Argentina and Namibia battles - but Hansen vowed not to bisect his ranks.

"The big focus is on Argentina, and we'll look after Namibia when that comes," said Hansen.

"We don't think we can afford to do that.

"We think that would be disrespectful to Argentina, and what happens if one of the guys to play Argentina gets injured?

"So you're asking someone who has been training different all week to come in and play, and I don't think that's the right thing to do.

"So while Australia are doing that, good on them, but we'll stick to our plan.

"That doesn't mean what Australia are doing is wrong, good on them, but we're doing what works for us."