Dagg and Jane miss out on RWC squad 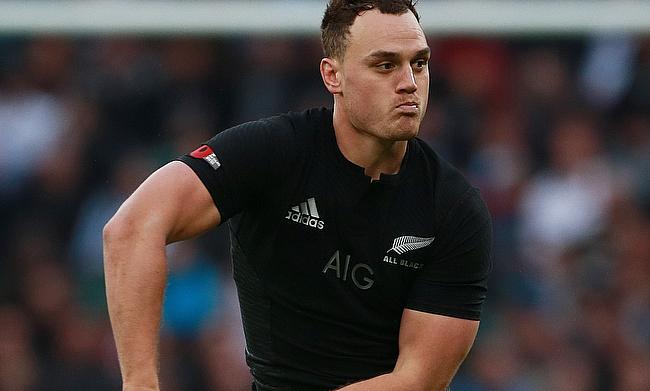 Defending champions New Zealand have announced their 31-man squad for the upcoming Rugby World Cup, with Waisake Naholo included but Israel Dagg and Cory Jane among those to miss out.

Full-back Dagg and wing Jane were in the All Blacks' starting line-up for their 8-7 victory over France in the 2011 World Cup final but neither will be part of the team's defence in England and Wales this year.

Lima Sopoaga is also absent but winger Naholo, who broke his leg on his Test debut against Argentina in July and had been expected to be sidelined for three months, has been included in a squad led by Richie McCaw.

The 31-man group boasts almost 1,500 caps between them, but 17 of the party wil l be playing at their first World Cup

Coach Steve Hansen said: " We believe we have selected players with the right mix of experience, x-factor, determination and mental strength.

"This is an exciting and talented group of players who are looking to do something that hasn't been done before, and make New Zealanders proud.

"We know that there are some players who are disappointed. We are a tight-knit family and it's always difficult when players miss out."

Hansen added that just because certain players have not made the cut, it does not necessarily mean their World Cup chances are definitely over.

He said: "I'm sure it won't be the last time a lot of the players who have missed out play for the All Blacks.

"As we have seen in previous Rugby World Cups, anything can happen with injuries, and we want those players to be ready to step in if needed."

New Zealand's success on home soil four years ago was the first time they had won the World Cup since lifting the trophy in the inaugural tournament in 1987.

The All Blacks, the world's top-ranked side, are favourites to retain their crown this year despite surrendering their Rugby Championship title to Australia this month

However, with no country ever having won back-to-back World Cups, Hansen has been keen to manage expectations in his homeland.

"To the fans I would like to say: our attitude going into this Rugby World Cup is not a case of expecting it, but one of making it happen. The cup isn't ours. We are not defenders; like everyone else, we are contenders. We have to earn the right to win it through world-class performances," he said.

"In doing so, we have to do something that no-one has ever done before. But that is a hugely exciting challenge and one I believe the team will rise to."

Meanwhile, Dagg, who has won 48 caps for the All Blacks since his debut in 2010, Tweeted: "Gutted to not be in the RWC2015 team but congrats and all the best @AllBlacks men.. it's been a hell of a journey cheers."

New Zealand are in Pool C at the World Cup alongside Argentina, Tonga, Georgia and Namibia.

They face Argentina in their opening match at Wembley on Sunday, September 20.