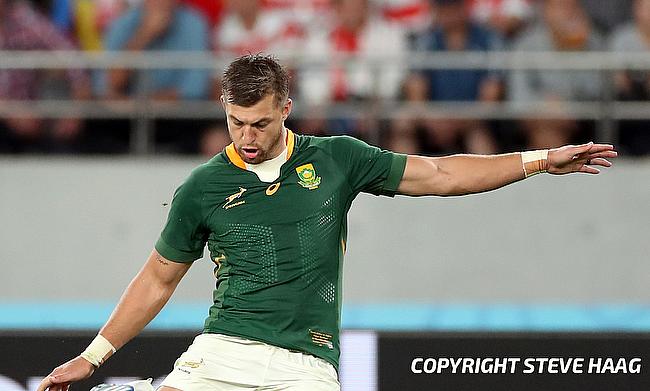 Pollard, who played an integral part in South Africa's World Cup success last year has been associated with Montpellier but according to a report in The Rugby Paper, the 26-year-old was set to head to Recreation Ground.

However, Pollard affirmed that he is committed to see through his contract with the French club.

“That is false news. I’ve still got two years left in Montpellier, I’m very happy here and I’m hoping to stay even longer,” he said.

“It is very frustrating but it happens a lot. You can’t let it get to you. Personally I’m really happy here, my wife’s happy here, I’m really enjoying it here so there’s none of that going on.”

Despite big players in the squad, Montpellier has never won a Top 14 title previously but Pollard is confident of a turnaround.

“Absolutely there’s a change. In terms of the structures they’ve put in, the people they’ve put in, management, medical, coaching, everything. It’s a lot more French than it used to be,” he added.

“I really feel the foreign boys are trying their best to get to know the French culture, learn the language as quickly as possible and become a part of their way of doing things.

“We came to their country and so we have to adjust. For me it’s exciting and I feel the French boys are enjoying it being a bit more French.”