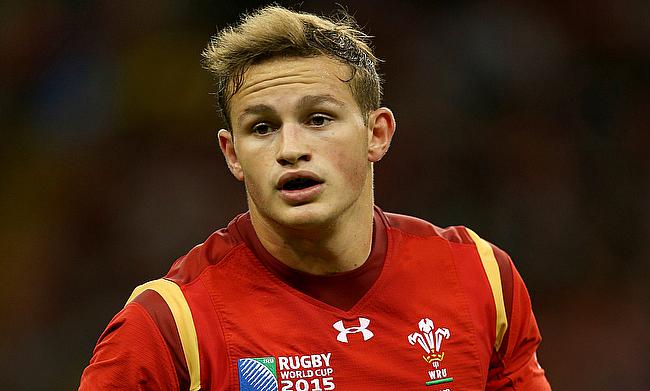 Wales and Cardiff Blues fullback Hallam Amos has confirmed that he will retire from professional rugby at the end of the 2021/22 season to focus on his medical career.

Amos joined Cardiff before the 2019-20 season having previously come through the ranks at the Dragons, after being part of them between 2011 and 2019. He is now hoping to finish his career on a high with Cardiff.

"After a decade of professional rugby, the 2021/22 season will be my last. I’m very grateful for the incredible experiences I’ve had over the last 10 seasons but the time has almost come to face a new challenge," he wrote on his social media account Instagram.

"It’s always been my intention to finish when I complete my degree and this season aligns nicely with the final year of my medical studies, so a perfect time to transition from pitch to hospital.

"Throughout my years combining university with a rugby career I’ve had plenty of support - from the WRU, from the Dragons for the first few years of my career, from Cardiff Rugby more recently, and from Cardiff Uni itself - and I’ll always be thankful for their willingness to accommodate both aspects of my life.

"Particular thanks to Dai and Wayne who have been understanding over the last couple of weeks as I’ve talked to them about the thought process behind my decision.

"Retiring at 27 will definitely be strange but I’m fully committed to Cardiff Blues for the rest of the season and hopefully I can finish on a high over the next few months."

Cardiff are positioned ninth in the United Rugby Championship table after managing a solitary win from three games.