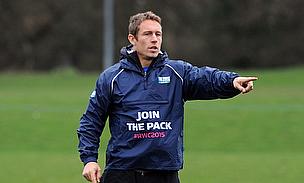 Toulon knock Leinster out in thriller

Toulon face a nervous wait to see whether fly-half Jonny Wilkinson will be fit for their Heineken Cup quarter-final against Munster.

Wilkinson suffered a recurrence of a hamstring injury and left the field after 28 minutes of Toulon's 29-14 quarter-final win over Leinster.

The reigning champions will play Munster in Marseille on 27th April.

Assistant coach Pierre Mignoni explained, "Jonny has aggravated the same hamstring as before but it did not look too serious.

"Hopefully he will be OK and back in one or two weeks but we have to wait and see."

Wilkinson kicked two penalties to put Toulon 6-0 ahead only for Leinster, aided by a poor display by the hosts, to level at half-time.

However Xavier Chiocci and Drew Mitchell both scored tries in the second half and Matt Giteau kicked 10 points to steer the holders through.

"We made a lot of handling mistakes in the first half that put ourselves into tight spots at times but we were still dominating the game and we knew that victory was in our reach," Mignoni added.

"Of course we were disappointed to lose Jonny early but we always had confidence in the players available."

While Wilkinson, fitness permitting, can look forward to at least one more European match, fellow British & Irish Lion Brian O'Driscoll's adventure is over as he retires at the end of the season.

Leinster failed to make the best of their good fortune in the first half and a late try from Jordi Murphy was too little, too late.

Head coach Matt O'Connor said: "We prepared well and I thought we were ready to put in a good performance but we made too many mistakes and you can't do that against a good team like Toulon, especially away from home.

"At 6-6 we were looking pretty comfortable. Toulon started well and we managed to hold in there for the first few minutes.

"It was pretty even at half-time but then we conceded 10 points very early.

"They grew in confidence that, the fans really got behind them and the momentum went their way.

"They have some big ball carriers who feed off each other and it was pretty unrelenting out there.

"We got ourselves back into it but we're disappointed with the performance as much as the result because we are a better team than that."