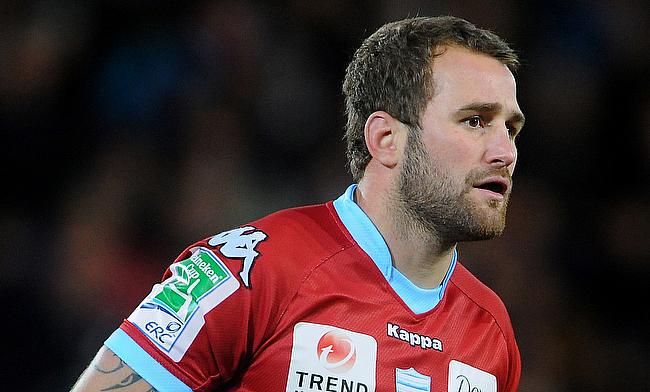 Jonathan Wisniewski kicked Grenoble to a one-point victory in the last European Rugby Challenge Cup as he bagged a 33-32 quarter-final win over Connacht.

The home side had to recover from a 16-point deficit in the first half and then had to close a 13-point gap in the second as the Guinness PRO12 side scored tries for fun in France.

Connacht ran in four scores, but it was Wisniewski's boot that ended up sealing the victory.

The Grenoble outside half scored a magical first-half try and was a perfect 100% from the tee, including a touchline conversion and drop goal to regain the lead, earning his side a semi-final clash with Harlequins in a fortnight's time.

Connacht will be kicking themselves for not consolidating their lead in both halves. The Irishmen sought space on the flanks all night and they found the first gap in the 10th minute when a long, miss pass from Bundee Aki put Matt Healy into space.

The full back's pace created a simple two-on-one situation in the home 22 and he expertly released flying wing Niyi Adeolokun or the first of his two tries.

Shane O'Leary added the conversion and the outside half then pass-kicked across the home 22 to release Robbie Henshaw for a second try.

Wisniewski managed a penalty to split those two, but the home side were rocked when Healy paved the way for a third try, and a second for his right wing Adeolokun, with another fantastic break.

O'Leary added the conversion and Connacht were flying at 19-3.

But then came the errors that enabled Grenoble to cut the gap to three points by the break.

Inspired by his success with his kick for Henshaw's try, O'Leary tried the same in his 22 however the move went horribly wrong; Grenoble were able to keep the ball in their opposition's final third and it led to Wisniewski threading his way through to score a try at the posts which he also converted.

The home outside half then kicked a penalty and added another from long range to bring the first half to an end with Connacht leading only 19-16.

Things improved for the visitors at the start of the second half with another wonder break from Healy for a fourth try.

O'Leary converted and then added a penalty to re-establish a 13-point lead at 29-26 after 53 minutes.

But Grenoble came thundering back into the contest on the hour and when Connacht prop Denis Buckley was sent to the sin-bin for coming into a ruck to prevent a try on his own line, the home team scented blood.

They used their extra numbers to create space for wing Lucas Dupont to score and then livewire flanker Mahamadou Diaby crossed in the right corner.

Wisniewski coolly converted them both to edge his side ahead 30-29.

Back came Connacht with a penalty from replacement scrum half John Cooney moments later, but Wisniewski was not to be outdone and slipped back into the pocket to win the game with his 75th-minute drop goal.