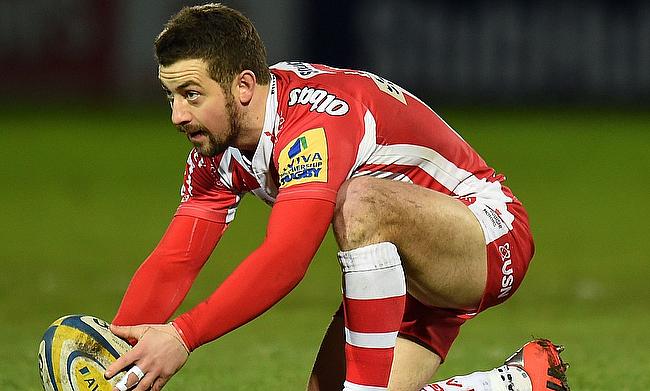 Scotland skipper Greig Laidlaw's four-year stint with Gloucester will come to an end this season as he is set to join the Top 14 club Clermont Auvergne.

The scrum-half has made over 50 appearances for the cherry-and-white jersey after joining the Aviva Premiership club from Edinburgh. He was also named the captain of Gloucester this season but managed to win just one game and two draws from six matches thus far.

The 31-year-old confirmed the news to Gloucester's official website. Describing it was not an easy decision to leave Gloucester, Laidlaw thanked the club for the extended support and is hoping to make an impact in the remainder of the season before his exit.

"I've thoroughly enjoyed my time at Gloucester. It's a fantastic club which enjoys tremendous support," he said.

"The squad contains a great group of boys, I love playing at Kingsholm, and it's been a genuine honour to captain the side.

"Since I first moved south, I feel that my game has developed tremendously for playing in the Gloucester team in the Aviva Premiership, and it's a period of my career that I will always look back on fondly.

"However, at this stage of my career, the offer to test myself and develop my game even further in a different environment was just too good to turn down.

"It's not been an easy decision to make, but I think it's the right one.

"There is so much I will miss about Gloucester as a club and a place.

"However, there are still plenty of games left this season and a lot to play for, and I can guarantee that I will be giving 100 per cent commitment to the Gloucester cause to help us achieve as much as possible in my remaining time here."

Director of rugby David Humphreys lauded Laidlaw's contribution and growth at both the club and international level in the last three years.

"While we are sorry to see him go, the offer Greig received from France was too good to turn down.

"For now, however, Greig will want to play a key role in helping us to turn our Premiership season around and help Gloucester finish the year on a high."

Clermont Auvergne won their only Top 14 title in 2010 and in the current season they are topping the group stage till now with five wins from eight games. The Top 14 club's sporting director Franck Azema is delighted with the addition of Laidlaw and is confident that his experience will be an asset.

"We are very pleased to have reached an agreement with Greig.

"This is great news that the club is going to have one of the best players and top scorers in the world in his position.

"Whether in the English league or the Scotland team, Greig has acquired extensive experience of high-level rugby and developed a leadership which will be a real asset."