Gregor Townsend hopeful ahead of Glasgow's crucial clash against Connacht 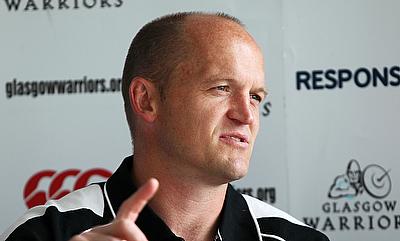 Glasgow Warriors' head coach Gregor Townsend has stated that his team is all set and charged up ahead of its crucial Guinness Pro12 clash with Connacht.

The season’s top two Pro12 teams will lock horns in a bid to secure a home semi-final. The team coming out on the losing end of this battle are likely to drop down to the third position in the table below Leinster who are due to play 11th ranked under-performing Treviso.

Townsend has expressed no concern over his team's preparation ahead of the Galway clash.

"We're really looking forward to the game in Galway.

"Connacht play an expansive style of rugby and have a good home record, so we'll have to produce an 80-minute performance if we're to secure a home play-off.

"The players have worked extremely hard over the last few weeks and we have genuine competition for places throughout the squad.

"We are aware of the importance of this fixture and will be doing all we can to come back from Ireland with a win."

Townsend has named a full-strength starting XV after resting many key players during the last weekend's dominating 70-10 win against Zebre.

Scotland full-back Stuart Hogg makes a comeback to the team along with Tommy Seymour and Lee Jones. Peter Horne will start at centre instead of Mark Bennett, whereas Finn Russell takes on the playmaker responsibilities from Duncan Weir.

Ali Price has come in at scrum-half, with a new-look front row featuring Gordon Reid, Fraser Brown and Sila Puafisi. Skipper Jonny Gray will resume his duties as lock. Flanker Ryan Wilson and number-eight Josh Strauss will also return to the side.