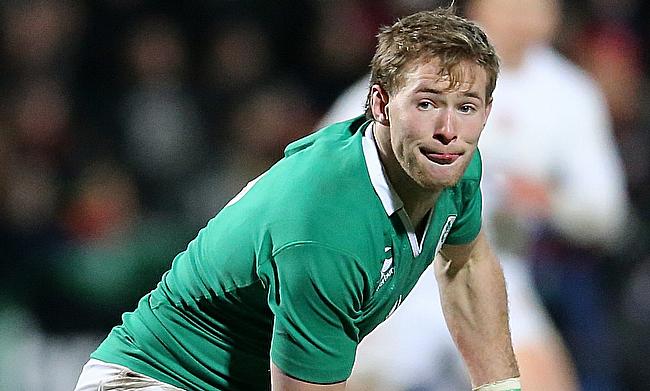 Connacht moved to the top of the Guinness PRO12 table with an eventful 51-34 victory away to lowly Zebre.

Connacht have never lost to Zebre and this was their 12th win over their Italian opponents.

But Zebre pushed them all the way in Parma and were rewarded with a try-scoring bonus point.

Haimona reduced the deficit with a 25-metre kick, but scrum-half Kieran Marmion soon wriggled over from a quick tap penalty and Ronaldson converted.

But in a sign of what was to come in a high-scoring second half Zebre flanker Johan Meyer powered over from a line-out and Haimona's conversion made it 17-13 at the break.

Healy took Alan MacGinty's pass to extend Connacht's lead, but Haimona sneaked over within two minutes for another converted try.

Connacht lost Eoghan Masterson in that incident, the back row replacement taken off on a stretcher, but Healy was soon racing over to complete his hat-trick and secure the Irish province's bonus point.

Zebre replied again when number eight Andries van Schalkwyk intercepted the ball in his own 22 and ran the length of the field to score.

But two tries from Niyi Adeolokun and the accurate boot of Alan MacGinty, who had taken over the kicking duties after Ronaldson had left the action, finally gave Connacht breathing space.

However, replacement lock Federico Ruzza grabbed Zebre's fourth try to provide the Italians with the cheer of a bonus point.