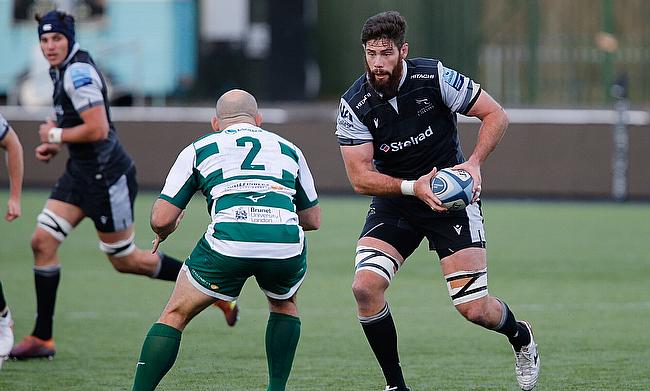 When Greg Peterson picks up the phone, it has been less than an hour since England’s squad for the upcoming Autumn Nations Series has been announced.

Amongst those named, four of Peterson's Newcastle teammates have received the call to be part of Eddie Jones' plans for Tests against Tonga, Australia and South Africa.

Going to Jersey for a training camp and then to London in order to get their end-of-year campaign underway, it is certainly cause for celebration at Kingston Park.

Of course, it is not the same kind of mania that has been experienced on Tyneside in recent weeks, the mobs of Newcastle United supporters surrounding St James’ Park seeming far-flung from suburban Jesmond and Gosforth.

Regardless, Falcons are providing several key men to the England national team, with each of Jamie Blamire, Trevor Davison, Callum Chick and Adam Radwan poised to add to their international caps over the coming weeks.

When Peterson first joined Newcastle, the quartet couldn’t have been further from the Test stage. Playing their rugby in the Championship, it took an impressive 2020/21 season for them to gain recognition from Jones, with Blamire, Davison and Chick making their England debuts against Peterson's USA at Twickenham in the summer.

Whilst to some their relative inexperience might be troubling, Peterson is quick to heap the praise on his teammates.

“They have absolutely done exceptionally well, all of them,” Peterson said. “They are all picking up extras, doing what they can to get selected, and it is absolutely brilliant. It is credit for all the hard work they have done.

“Trevor has been absolutely immense, going from loosehead to tighthead in a short period of time. Callum is always out doing those extra skills that No.8s need, Adam has exceptional pace and a lot of the time that is God-given talent, but he is constantly honing his craft out there.

“Then Jamie, he is an absolute game-changer. What he did on the weekend, coming on and getting those two or three turnovers, absolutely cold off the bench, that put the knife to Bristol’s chances of winning the game. I honestly don’t know too many players that are able to do that.

“I was absolutely stoked to share the pitch with Trevor, Callum and Blammy when they got their first caps in the summer. I have got Trevor and Blammy’s jerseys. I swapped both of mine for theirs because I wanted them to remember their first, but I also want to remember the start of their journeys and their international careers.”

Staying put. For a while.

Whilst plenty of Peterson’s USA teammates will be taking on the All Blacks at FedEx Field in Washington this weekend, he will instead be in the West Country when the Falcons face Gloucester. According to Regulation 9, because the game is outside of the Test window, there is no obligation for the 30-year-old to be released to Gary Gold’s squad.

If Newcastle had been on a bye week, perhaps this would have been different, but it also brings an extremely busy period for the lock forward to a close. Just three weekends ago, Peterson was pulling on an Eagles jersey in Colorado, and then seven days later in Montevideo on the hunt for Rugby World Cup qualification.

Hoping to qualify as Americas 1, it was ultimately Uruguay who confirmed their place in France with a 50-34 aggregate win over their North American counterparts. In some ways, that loss was put into perspective by Canada’s failure to qualify for a World Cup for the first time following an aggregate defeat to Chile.

“The gap is always closing for these lower nations, especially as they get more organised and get some better funding,” Peterson said. “When you get a small nation like that, they discover ways to make that funding go further and further, so they can get the most out of it.

“I am absolutely gutted for Canada because I know that if they are weak, it also means that potentially US rugby is also weak. It doesn’t help in any sense that they are missing out in the next World Cup.

“But, to see nations like Chile pushing for the next World Cup, and Uruguay getting Americas 1, it is brilliant for rugby around the globe, and rugby as an Americas group.” 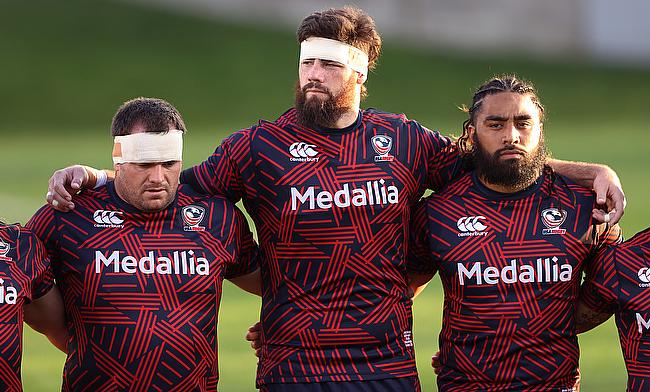 When it comes to missing out on playing New Zealand this weekend, Peterson is at ease with it all. Having picked up more air miles than most in the past month, staying put for some time is more than welcome, especially with young children at home.

Instead, the former Leicester and Glasgow man is keen to focus on helping tier two nations gain more opportunities to play higher opposition. The reasons for which are twofold; the chance to play against the very best is a huge learning experience, whilst the exposure for lesser nations will help them off the field.

Of course, with Major League Rugby and Superliga Americana de Rugby springing up in recent years, the domestic competition available to players across the Americas has improved drastically. The next logical step is to no doubt emulate Argentina by getting regular opportunities to play against the likes of England, South Africa and France.

“The gaps are always going to close, especially when the domestic leagues are getting better and better,” Peterson said. “The only way to get the gap between tier one and tier two nations to reduce is for tier twos to play tier ones more.

“Then in that competition, in the four games that we had, we played France, Argentina, Tonga and England. Tier two have to play tier ones to get better. It is the same as Argentina. They weren’t anything great once, but now they are a force to be reckoned with and they are a scary team with great players plying their trade all around the world.”

After five games of action, Newcastle sit sixth in the Gallagher Premiership table. Their most recent result saw them squeak out a 13-5 victory over Bristol Bears at Kingston Park. At this point of last season, the Falcons were flying high, before a late season slump ended with the club placing 10th.

Now, with numerous players in the England squad and competing with every club in the Premiership, there is a feeling that Newcastle can at the very least fight for a place in the Champions Cup.

“At the start of the season, we all set ourselves a challenge and it is always realistic,” Peterson said. “We are not going to be blowing smoke up each other’s arses. Every day we are at each other, grafting and trying to make each other better.

“The fruits are starting to bear. Obviously the start of last season was absolutely brilliant, and we petered off mid-season, but we need to keep the form that we have got going. If you watched the game at the weekend, it was probably quite boring for your typical rugby spectator.

“I like to think that for the purist it was enjoyable, but we are quite happy, and we know there is plenty for us to build off also.”

It is sometimes difficult to remember that a year ago, this Newcastle team were largely sat at home, waiting for their return to the Premiership having been promoted back to the top flight thanks to their efforts in the 2019/20 Championship season that was cut short because of Covid-19.

Spending the best part of eight months with no competitive rugby to play, Peterson says that period of time even contributed to the team growing closer.

“We went through a fair bit of an adversity as an entire playing group,” Peterson said. “That entire Championship squad from 2019/20 – which feels like a decade ago – that entire squad stayed together, and everybody was in the exact same boat.

“We got pretty hard with the pay cuts, and everyone just had to deal with it. It is very much that northern ethos; you just put your head on and keep going. We were meeting up together in small groups, doing just boring straight line running, but I think that also helped harden us so when we did get back together, the rugby was 10 times more fun.

“Running in straight lines in groups of six, anything but that was better. We have a pretty similar core group last season and into this season, so it is the same values, the same philosophies that we continue to build off and get better at.”

At the conclusion of this season, it will equal the longest period of time that Peterson has spent at a professional club. After signing a contract extension with Newcastle in the spring, the front five forward is due to be staying in the North East until at least 2023.

Leaving his native Australia behind back in 2014 - after three years with the New South Wales Waratahs - Peterson has certainly found a home underneath Dean Richards’ leadership, making it an easy decision for him to stay put for now.

“The frustrating thing of rugby is that you know every two years you will be pondering the question of whether or not you are going to uproot and move,” Peterson said.

“Especially for someone like myself, a non-tier one rugby nation international. My services are needed as they’re needed, and I know that. I am essentially a mercenary for hire. If they need a lock for two years, I am in, but if a local boy comes through that is good enough, I can get shifted out pretty quickly.

“I came to terms with that a couple of years ago and I am alright with it. Anywhere that I feel comfortable, I am happy to stay for a bit and that is probably why the family and I wanted to stay here and why I re-signed.”