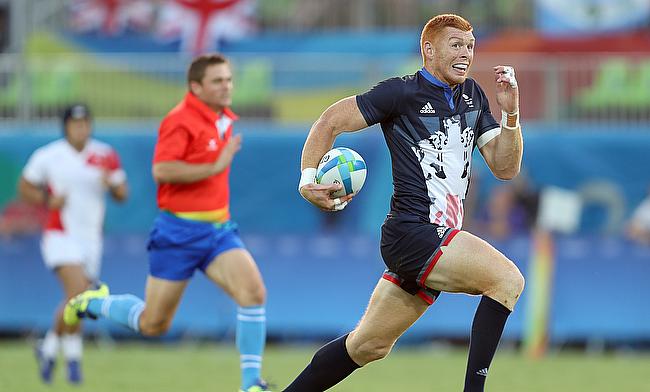 Great Britain stayed unbeaten on day one of the Olympics rugby sevens after their victories over Kenya and Japan at Deodoro Stadium on Tuesday.

Tries from Dan Bibby (2), Mark Bennett, Dan Norton and Phil Burgess ensured a 31-7 victory for Great Britain in the opening game of the Pool C against Kenya. However, things weren't easy when they took on Japan in their next encounter. Coming from a historic victory against New Zealand earlier in the day, Japan were a conversion away from drawing level with Great Britain.

Double tries from James Rodwell put Great Britain ahead in the game but it was negated by Japan with converted tries from Lomano Lemeki and Katsuyuki Sakai. England bounced back again with Marcus Watson crossing over, but Lemeki's second try almost took Japan close to their second historic win in the tournament.

"It's the first day at the Olympics for everyone.

"It's been fascinating to see the build-up, the challenges over the last 10 weeks and seeing how they (British players) have faced those and adapted to them.

"For a team that has never played together, which is in effect what these 12 players are, we've done excellently today."

Citing Japan's win over New Zealand as an example, Armor said the sevens format is such that any team can emerge victorious, if they play well on that day.

People who've watched sevens this year, you would be a brave person to predict any game.

"It's great for the fans, but tough for us players and coaches.

"We've seen just how good that Japanese team are - they are outstanding - and they deserved their win, like we deserved ours today.

"We now focus on tomorrow. The rollercoaster of sevens goes up and goes down, and so hopefully we can rest up nicely ahead of tomorrow.

"W e moved the ball nicely against Kenya, which was decent. We got our kick-offs nice against Japan, who are a dynamic team, but we need to get our decisions around the breakdown right, which is an area we need to work on ahead of New Zealand."

Great Britain are now scheduled to take on New Zealand in their final group encounter on Wednesday.