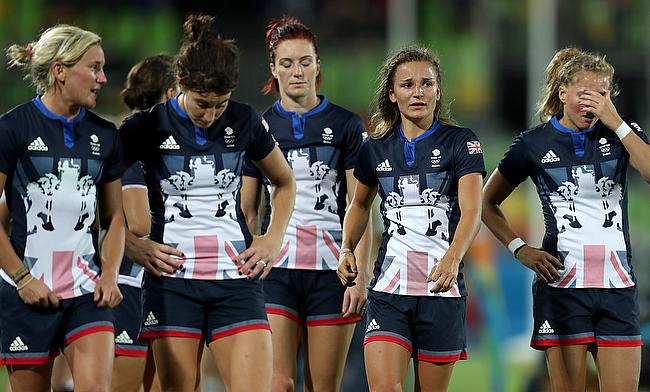 Great Britain captain Emily Scarratt could not hide her disappointment after her team lost the two important games on the final day of the women's sevens tournament at Deodoro Stadium.

After a promising start in the tournament winning all the three group games, Great Britain lost their semi-final encounter against New Zealand and to make things worse, they suffered a 33-10 defeat to Canada losing on the opportunity to win a Bronze medal.

Expressing her disappointment on the campaign, Scarratt credited Canada for their spirited performance in the Bronze Medal match.

"The girls gave it everything, and sometimes it's just not enough. Fair play to Canada, they were the better side, they executed better than we did, and they are rightfully going to have that medal round their necks.

"We are disappointed at the moment, but this (Olympics) has been a phenomenal experience, bringing rugby to the world stage.

"It's been amazing, and if we've inspired a couple of people back home, then we are doing a decent job. We are just sorry we didn't bring home a medal."

Scarratt's teammate Heather Fisher echoed her captain's views and said the defeat to Canada was hard to digest.

"We set out for gold, but lost to New Zealand and then had to focus on bronze and left ourselves too much to do at half-time.

"New Zealand were the better team in the first game, but we didn't show up against Canada.

"I don't know what happened. Our basics let us down.

"They say it is not about the destination, it's the journey, and at moments like this you have to try and think about that. A medal just wasn't meant to be."

During the group stage clash, Great Britain whitewashed Canada with a convincing 22-0 victory. However, they could not replicate the same performance in the final game as Karen Paquin, Ghislaine Landry, Bianca Farella and Kelly Russell scored tries for Canada after Scarratt was sin-binned.

Great Britain head coach Simon Middleton admitted that his team was outplayed and lauded Canada for their impressive performance.

"We came up against two sides in New Zealand and Canada who were absolutely outstanding over the course of the games," Middleton said.

"We couldn't really live with the pace, and we hurt ourselves with a few of the things that we did.

"There are a lot of young players in there, and hopefully we will get another shot at the Olympics next time around, and we will be better for it.

"The girls regrouped (after New Zealand), but sometimes you just need a little bit more than that. The Canadians are really physical, and they played a really good game. We've no complaints.

"When it comes down to the real tough games like that, you just need a bit more grunt at times, and they had it. We weren't at our best."