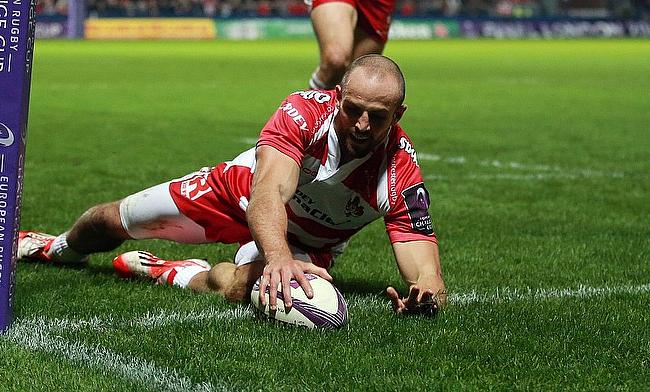 A product of Gloucester Academy, Sharples has been with the club since the age of 14 and went on to make his senior debut with the club in 2007. Since then, Sharples has racked up 275 appearances for the club and in the process has gone on to score 455 points.

Sharples was part of the squad that went on to win LV= Cup in 2011 and also helped them to the Challenge Cup trophy in 2015.

“I have a lot of clarity around it now and definitely feel that it is the right decision. It's obviously tinged with a bit of disappointment as well, with what I wasn't able to achieve this season," he told https://www.gloucesterrugby.co.uk/.

"Ultimately it's the right thing and I'll be able to reflect on my career down the line. I'm very proud of what I've been able to do for Gloucester Rugby.

"I'm not going to be a stranger. This is my home and I'll always support the Club and I want to stay involved, albeit in a different capacity."

Sharples also made four appearances for England that came in 2011 and also represented England Saxons in the past.

“Charlie Sharples has had an incredible career and as a one club man is a true Kingsholm legend," said Gloucester Rugby’s COO Alex Brown.

“I’ve personally known Charlie for a long time and have had the pleasure of seeing him progress during his time at the Club. He has been a true servant to Gloucester Rugby and can be very proud of what he has achieved.

“Everyone at the Club wishes Charlie all the best for his future off the pitch and we will always welcome him back to the Kingsholm with open arms.”