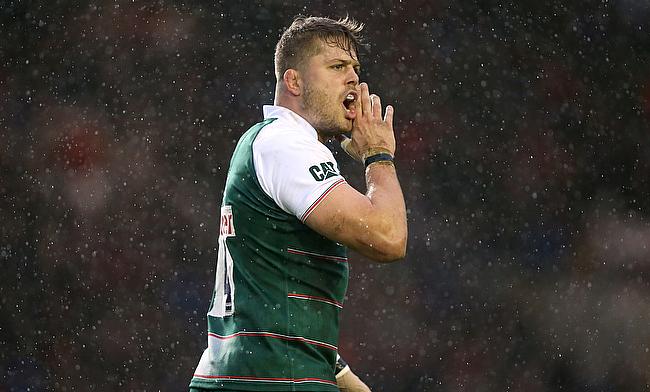 Gloucester lock Ed Slater has been diagnosed with Motor Neurone Disease and has retired from professional rugby with immediate effect.

The news came after he underwent tests for six months. He has made three appearances for Gloucester in the Premiership last season having joined them in 2017. He has overall played 78 times in the Premiership for the Cherry and Whites.

Slater also was part of Leicester Tigers between 2010 and 2017 and was part of their Premiership winning squad in the 2012/13 season and also played for England Saxons four times.

"Gloucester Rugby is deeply pained to announce that Ed Slater has been diagnosed with Motor Neurone Disease (MND)," read a Gloucester statement.

"Following six months of testing, Ed's diagnosis was confirmed last week and as a result, with the support of his family, friends and Gloucester Rugby, he has made the difficult decision to retire from professional rugby with immediate effect.

"Everyone at Gloucester Rugby - players, management and staff - are entirely committed to supporting Ed, his wife Jo and his three children in whatever way required. We know the same will be true of Gloucester and Leicester fans, and the wider rugby community.

"While Ed, his family and the Club take time to determine next steps, Gloucester Rugby have opened a JustGiving page.

"The direction of these funds will be determined in due course, whether it be supporting Ed and his family directly and/or a selected MND charity.

"Neither the club nor the Slater family will be making any further comment at this time and kindly request that those wishes be respected."

Gloucester also thanked My Name'5 Doddie Foundation for the support which was set up by former Scotland and British and Irish Lions lock Doddie Weir.