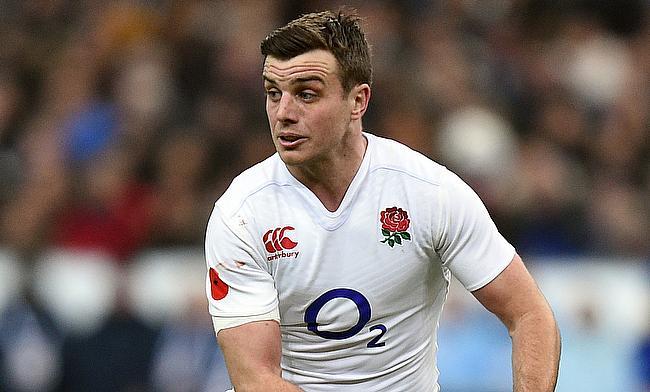 England ahead of Wales: Why Pivac needs time and the midfield combination
Paul Gustard hits back at critics as Harlequins aim for a response
Exclusive: Stephen Varney - We are dying to get a victory
Why Newcastle's wingers showcased their abilities against Bath

Last weekend, George Ford made his first England appearance since March, coming off the bench as Eddie Jones' side defeated Ireland at Twickenham.

Having missed out on the conclusion of the Six Nations and the opening game of the Autumn Nations Cup because of injury, Ford has waited patiently for his opportunity to start for his country again.

Prior to lockdown, the Leicester Tigers man was far and away Jones’ first choice in the 10 shirt, starting in each of the Six Nations games with Owen Farrell and Manu Tuilagi partnering him in the midfield. It is the combination of those three that helped propel England to a World Cup final in Japan.

With both Ford and Farrell, as well as Elliot Daly at full-back, England utilised a kicking game to put pressure on their opponents by asserting their dominance with good field position.

This weekend, it will be the turn of the creative Henry Slade to join forces with Farrell and Ford as England look to get the better of Wales on Saturday afternoon.

And whilst Ford's kicking game has allowed his side to be extremely dominant, the fly-half maintains that it is the work of the players around him which makes everything tick.

“I don’t think it is just part of the game in isolation,” Ford explained. “I think the way you can have a good kicking game is if you have got other areas of your game that are pretty threatening and that’s where potential kicks may open up from.

“It is not as simple as saying; 'let’s go out and kick the ball, kick the ball into this space and build pressure.' It’s a combination of things so you can get to that. We will be looking to make sure we get right all the little things in certain aspects of the game like the lads up front, set-piece wise, and especially attack wise."

Since returning to play, England have looked as confident as ever. Beating Italy 34-5 in Rome, Georgia 40-0 at Twickenham and Ireland 18-7 last Saturday, it seems as if the team are virtually unbeatable.

For this weekend, Jones has added experience to his bench with the return of both Luke Cowan-Dickie and Anthony Watson as England aim for their seventh victory on the spin.

In last week's win over Ireland, England's defence shone through as they nullified Andy Farrell's men. Their performance, whilst impressive, did raise a few questions marks about the attacking capabilities of Jones' side but Ford insists the team are developing in every area of the game in order to carry threats across the field.

“I think in Test rugby and international rugby, you obviously need to have really strong foundations to your game," Ford said. "The nuts and bolts of the game, obviously your set-piece, defence and discipline are key and trying to get your work-rate and your energy in the right place every week.

"Of course, you want to be threatening with the ball and have a great attacking threat as well, but in my opinion, attack is probably one of the most difficult parts of the game.

“We are working hard on that side of the game as always and we want to become a team that can take opportunities and be clinical.”

Wales’ fall from grace in the past 20 months has been somewhat spectacular. Grand Slam champions two springs ago, the side have had a steady decline, falling five places in the World Rugby rankings as a result.

Naturally in a game between England and Wales, this means very little and Wayne Pivac has selected a strong, but inexperienced side for Saturday's clash with Louis Rees-Zammit, Johnny Williams, James Botham and Shane Lewis-Hughes all in the starting XV.

The game kicks off at 4pm on Saturday afternoon, as England look to lift a second trophy in the space of five weeks, making them the form team with the 2021 Six Nations quickly approaching.