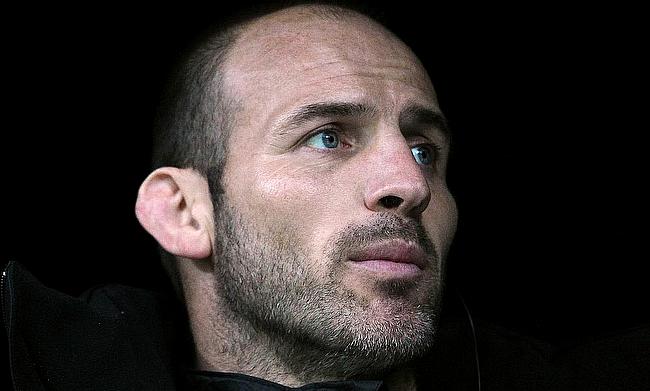 As starts go, Harlequins’ defeat to Exeter was an inauspicious one.

In some circumstances, losing to a side as complete as the defending Gallagher Premiership champions would not be cause for too much concern, but a 30-point defeat - and just the three points mustered at home - leaves Harlequins with questions to answer just one game into the new season.

While a dominant final 10 minutes from Exeter gave an impression of a more one-sided fixture than that which played out at the Twickenham Stoop, there were relatively few pearls of hope to cling to from a game where Harlequins struggled for consistent penetration.

While Harlequins have generally progressed well under Gustard, finishing fifth and sixth and reaching last year’s Premiership Rugby Cup final, they are yet to make the playoffs, and there remains some doubt about how he wants to construct his side.

Among the critics has been Ugo Monye, part of the Harlequins team that lifted the Premiership in 2012. The ex-England international was one of the pundits to question his former side’s progress and “identity” under Gustard last weekend, but the Quins Head of Rugby thinks criticism of his side has been overblown ahead of a trip to Northampton Saints.

Spare a thought for Sam Simmonds' mentions this morning ??

The @ExeterChiefs star was the name on everybody's lips last night...

“I heard Ugo talk about identity and that sort of nonsense, ‘we know what Exeter are going to do’ – well, we know what we are going to do but if we drop the ball or we don’t keep the ball, or we kick the ball away, or we get a penalty against us for going off our feet, well then you don’t see how our attack is going to work,” Gustard said.

“It is easy to say that Bristol are a possession-based team because they play deeper than most. It is easy to say that Saracens are the ultimate territorial team, but every other team is a version of each other in between that. We are no different. We have got to find what is our point of difference.

“This club has only been in the top four four times 20 in years. The anomaly is the Premiership win. This isn’t historically a big winning club. I don’t think you can be rebuilding and evolving forever. We are trying to establish a consistency to compete on a more regular basis and we think we are evolving, developing and pushing in the right direction.”

Part of the frustration for Harlequins will be the fact that they were very much in the game around the 70-minute mark. Despite having a try disallowed and missing a penalty, until Exeter’s late flurry, the score was 12-3.

Yet the flurry came, and the margin widened. Of greater concern to Quins might be the lack of incision shown in attack. For a side with considerable threats going forward, with the muscle of Andre Estherhuizen at inside centre potentially a delightful counterpunch to the silkily skilled half-backs of Danny Care and Marcus Smith, three points at home was a disappointing showing.

However, Gustard is keen to stress that Harlequins have to work hard on all areas, not just on their attacking misfires.

?? Your Quins to take on the Saints.

?? A few returning faces on the bench.

“You have to have an all-court game. Of course, the DNA of the club is to attack, but ultimately attack is one facet of the game that you have to get right. We are working hard on everything.”

If there is a side to rediscover your attacking flow against, it may be this Northampton team. Since the Premiership restarted in August, the Saints’ defence has struggled, conceding an average of nearly 27 points per game and holding a team to fewer than 20 points just twice.

The visitors will be hoping to reverse recent fortunes on the road against the Saints – Harlequins have lost their last two visits to Franklin’s Gardens, and both have, like this weekend’s fixture, come early in the season.

Harlequins, like many sporting entities, received a boost this week, with the news that fans will be allowed to return to some grounds in December and it was described by Gustard as “awesome”.

Confirmation that London sits in Tier Two means that the Stoop can welcome back 2,000 fans, but their next two Premiership encounters and Champions Cup opener are away from home.

“I am delighted,” commented Gustard on the news. “People associate sport with supporters. The matchday experience is awesome, either for the player because they hear the crowd, or for the crowd to watch the team play with their friends with a beer or something to eat.

“Our supporters have been very loyal, very passionate about Harlequins and have continued to invest in the club with their season ticket purchases. We get an opportunity now to allow them to come and watch their team play.”

When fans do return to the Stoop, perhaps for a pre-Christmas cracker against Racing 92 on 20th December, they are sure to return with a smile, so long has their absence been (though Harlequins did host a test event with 2,800 attendees against Bath in September). A win at Northampton on Saturday afternoon would make the returning Quins faithful grin a little broader.