George Ford: Warm-up games will challenge us in different ways 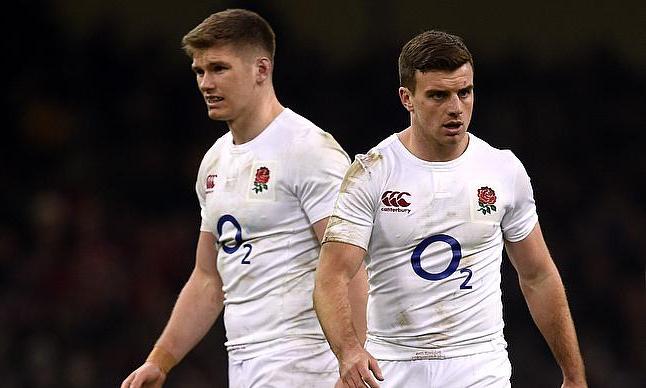 George Ford has experienced some great highs with England, but he was also involved in one of their lowest points over the last four years.

Back in 2015, Ford came off the bench as Stuart Lancaster’s England looked to save their World Cup hopes against Wales at Twickenham.

With the hosts 28-25 behind, Ford was part of England’s final push but their decision to kick to the corner with three minutes remaining backfired as Wales clinched a famous victory at the home of English rugby.

That sombre evening at Twickenham was just Ford’s 15th cap for his country and on Sunday, the 26-year-old will be back at HQ as captain to face Wales as England begin their World Cup warm-up fixtures against their old foes.

Last week, Elliot Daly said it would be an intense affair against Wales this weekend despite the game only being a warm-up fixture and considering Ford also made his debut against Warren Gatland’s side at Twickenham five and a half years ago, the fly-half admits the rivalry and passion will still be on show.

“I have not known an England/Wales game not to have that [rivalry] to be honest!” Ford said in front of the media at Pennyhill Park.

“Regardless of what game it is, any game between England and Wales will be a good rivalry. It will have a bit of an edge to it, I suppose. Like in any Test match, physically, you are going to have to come out on top to win the game so that provides the edge so we are looking forward to it.”

After racking up 14 successive wins, Wales head into the penultimate month before the World Cup as one of the pre-tournament favourites.

Shane Williams recently told TRU this was the ‘best Wales squad’ he had ever seen and the Six Nations Grand Slam champions will provide a perfect test for Eddie Jones’ side over the course of the next two weekends.

Following on from their back to back clashes with Wales, England take on Ireland before ending their warm-up games with a fixture against Italy at St James’ Park in Newcastle and Ford believes facing an in-form team such as Wales is perfect preparation for the World Cup.

“There are some great fixtures there for us,” Ford added. “If you are lucky enough to go to Japan, you want to be ready for what’s about to come and to play four games like that are ideal for us. They will challenge us in different ways.

“There will obviously be different teams, different selections and different ways of playing throughout those four games which again, is great for us because to be successful in a World Cup, you need a squad of 31 and you need to play in a variety of ways as well.

“Whoever you come up against that particular week, you have got to make sure you are ready to perform and that is what we will do this week.”

England have been in camp for over six weeks now and Ford revealed things have been different to four years ago before his first World Cup campaign.

He added: “It has felt different because it is a new tournament and a new campaign. We have obviously been under Eddie and we have had him for four years now.

“We have come a long way in that time as well. We have come in, because of the previous campaigns, we have hit the ground running. We all get on really well and we understand the way we want to play so it is about getting better, layering more detail, becoming fitter and hopefully improving so we can give it the best crack.”

As the World Cup edges ever closer, it is more than likely Ford will be part of Jones’ plans when the 31-man squad is announced on Monday afternoon.

Having endured an inconsistent run of form over the last 18 months, England know there is still work to be done if they are to challenge for World Cup glory this autumn and Ford is hoping they can continue to keep moving in the right direction, starting with Wales on Sunday.

“We are definitely building,” he said. “Some boys have been in for six weeks now and some four or five weeks. We have done a lot of hard work physically to get ourselves in decent shape.

“We will know more after these next couple of games in terms of testing ourselves, but the feel is brilliant. It is a brilliant place to be. To come here, to get challenged, to push yourself both on and off the field to be honest with you as a player, I wouldn’t want to be anywhere else.”

“If selected, obviously that’s Monday, but it is what you want to be part of as a player. It is the pinnacle of the international game from a rugby point of view.

“Not only do you want to be part of the World Cup, you want to have a successful one. You want to make some memories with your mates. You want to do something special so we are doing everything we can to put ourselves in the position to do that.”