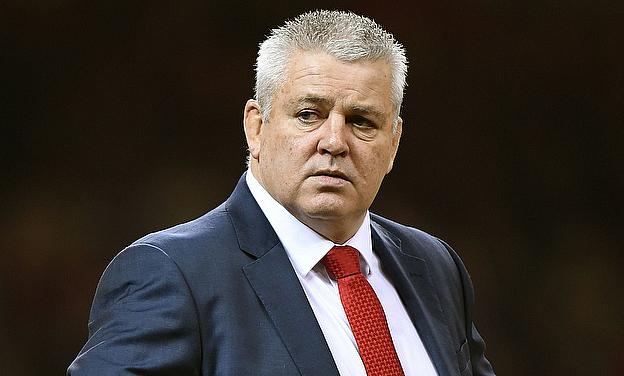 Warren Gatland has revealed that a glowing recommendation from one of world rugby's outstanding coaches played its part in New Zealand-born Gareth Anscombe making an unlikely journey from Super Rugby to potential Wales Test star.

Anscombe, whose mother was born in Wales, offers Gatland options at fly-half and full-back.

And the Wales boss says a conversation he had with Wayne Smith, who worked with Anscombe at the Chiefs and will rejoin New Zealand's coaching staff this year after helping to mastermind their 2011 World Cup triumph, provided an invaluable guide.

"I had a good chat to Wayne Smith about him, and Wayne couldn't speak more highly," Gatland said. "He thought he was very coachable, he wanted to learn.

"They were very impressed by him at the Chiefs, both as a player and as a person.

"When that recommendation comes from someone like Wayne Smith, you've got to take notice of that.

"I met with Gareth here (in Wales) with his dad a bit longer than 12 months ago. We sat down and had a chat.

"With his mother being born in Cardiff, we knew that he was an option for Wales, and the discussion was a very general one.

"There was no pressure from us in terms of his declaration, and if he wanted to go back to New Zealand, play Super Rugby and continue the dreams and aspirations to be in the All Blacks, I didn't have a problem with that.

"He went back and had another season with the Chiefs, and I think Gareth then thought that for him to fulfil his dream of playing international rugby, the best opportunity for him was to come to the Blues and make himself for Wales in the short term, and hopefully the long term.

"He has the ability to play at 10 and 15, and goalkick as well. We really want to have a good look at him in this window and see how he goes."

There are no places, though, for 95 times-capped Blues prop Adam Jones or Gloucester fly-half James Hook.

Hook's omission is not a surprise - he was left out of Gatland's autumn Test squad earlier this season - yet 33-year-old Jones had been tipped for a recall after Scarlets forward Rhodri Jones suffered a shoulder injury.

"It was a long debate about leaving Adam out because we know he has been working hard," Gatland added.

"We know his experience, and if we do get injuries we can call him in. It is about us developing some strength in depth in that position that we don't have a huge amount of.

"With Adam at the moment we don't see him as a player who comes off the bench, we see him as a starter in that position if he does come into the squad."

Lee is currently sidelined with a neck problem, although every indication is that he will be fit for Wales' high-octane Six Nations opener against England in Cardiff on February 6.

Elsewhere in the squad, there is a recall for fit-again Scarlets scrum-half Gareth Davies, who joins fellow number nines Rhys Webb and Mike Phillips, with Morgan featuring among the centres.

Morgan, who is among seven players to have so far signed a national dual contract in Wales, has also been named in the Wales Under-20 squad for their Six Nations campaign, and he will be released from the senior camp to link up with the age group side.

Wales will also face England in their World Cup pool later this year, while the Six Nations campaign also features away games against Scotland, France and Italy, plus a Millennium Stadium appointment with Ireland.