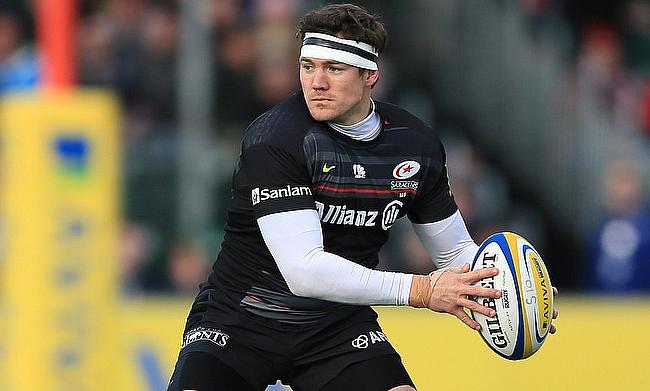 Saracens full-back Alex Goode has been named the EPCR European Player of the Year following his impressive performance in the 2018/19 season.

Goode was part of the Saracens line-up that went on to beat Leinster 10-20 in the final at St James' Park on Saturday to help his side to the third Champions Cup triumph in four years.

In the process, he becomes the third Saracens player to win the award after Maro Itoje and Owen Farrell, who went on to win during the 2016 and 2017 editions.

The 31-year-old competed with Leinster trio Sean Cronin, Tadhg Furlong and Garry Ringrose to win the prestigious award and panel member Dimitri Yachvili lavished praise on Goode and his performance this season.

“Alex Goode certainly deserves the EPCR European Player of the Year," he said.

"He has played every game this season with Saracens and put in a fantastic final performance. Despite the arrival of Liam Williams, he has kept his position at full-back as well as being flexible in various positions, which is testament to the quality of the player.

"Goode is the true X-factor at Saracens – very comfortable technically and is truly versatile, he really can make a game-changing difference.”