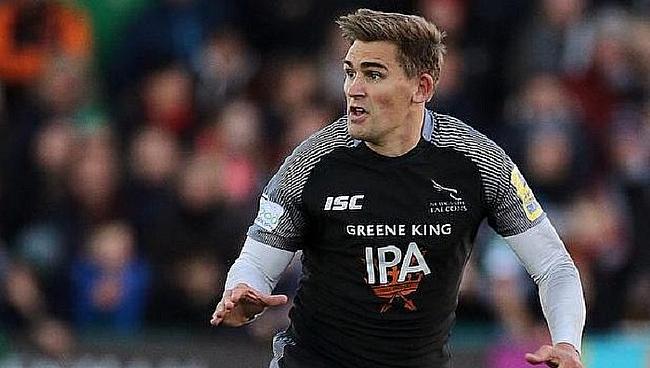 The key fixture in Round 15 of the Gallagher Premiership came at the conclusion of the weekend and it was joy for Newcastle Falcons as they beat Worcester Warriors to boost their survival chances.

There was also a cracker at the Rec as in-form Harlequins snatched a victory against Bath while on Friday night, Bristol secured a big win over Gloucester.

Joe Harvey has wrapped up all the action for TRU...

Bristol started as they meant to go on in this game as Dan Thomas crossed the whitewash in the first minute after a pretty spectacular move from the home side. Bristol then briefly took the lead when Billy Twelvetrees converted Jason Woodward’s 15th minute effort, however, it was the Bears that went into the sheds with the halftime advantage thanks to two Callum Sheedy penalties.

Gloucester started the second half strongly with Billy Twelvetrees slotting a penalty, however, the sharp Andy Uren extended the Bristol lead further with his try and Ian Madigan converted.

Gloucester really came into the game just minutes after Uren’s try, with Tom Marshall and Ollie Thorley both registering efforts that Twelvetrees converted with ease.

Bristol regained a narrow lead with thanks to a penalty try when Gloucester were reduced to 14 men. Ed Slater was sinbinned as a result of the penalty try and Woodward soon followed him for a deliberate knock on.

The home side were able to shut Gloucester out and Ian Madigan kicked a penalty late on to secure a potentially crucial Bristol win at Ashton Gate.

Quins set out their stall very early on in this game as Chris Robshaw and Joe Marchant had their tries converted by James Lang within 15 minutes. Rhys Priestland then kicked a penalty, and soon after, Jonathan Joseph crossed the try line. Priestland missed the conversion but did slot a penalty five minutes later.

Alex Dombrandt then raced over the line to extend the Quins lead further, Lang converting the effort. Nathan Catt ended the half on a high for Bath, crashing over the line to conclude a frantic first period.

Priestland started the second half with two penalties and the Welsh fly-half also kicked his first conversion of the game after Ross Batty scored Bath’s third and final try of the afternoon.

Quins had to dig deep to beat their hosts. Joe Marchant crossed the line to make the score line close before Nathan Earle scored the winning try to give Paul Gustard’s side an impressive win at the Rec.

This was very much the Joe Ford show at Welford Road on Saturday, however, Wasps did start the stronger. Marcus Watson had both of his first half tries converted by stand-in fly-half Rob Miller, whilst Tigers could only muster three penalties from Ford.

Tigers came into their own in the second half. Ford scored and converted his own try to give the home side the lead for the first time in the game. Ford then secured the win with a 65th minute penalty, giving Tigers a hard-fought victory over their old rivals.

Exeter dominated the first half of this game. Gareth Steenson kicked a fourth minute penalty to get the Chiefs rolling. Following that, Ollie Devoto and Don Armand powered over the whitewash, Devoto’s try being converted by Steenson with ease.

Is that Sale Sharks or the Harlem Globetrotters?!

Sharks began to fight back. Sam James converted his own try after the hour mark and eight minutes later Chiefs scored their final try through Welshman Sean Lonsdale. Sharks weren’t done there though as Will Cliff had his late try converted by Faf de Klerk to bring around an end to the scoring at the AJ Bell.

Sarries scored within three minutes against Northampton as Sean Maitland crossed for his first try of the afternoon. Rory Hutchinson then kicked a penalty that was wiped out quickly by scores from Nick Tompkins, David Strettle, a second try from Maitland and the final effort in that half from Tom Woolstencroft.

The Saracens control continued into the second half, the home side being awarded a penalty try to bring an end to their scoring. Saints bounced back a bit later on in the second half as tries from Reece Marshall and Lewis Ludlam were both converted, but Saracens had done enough for the win.

A key tie in the relegation battle, Newcastle were victorious over their closest rivals Worcester at Kingston Park. Falcons raced into the lead through Zach Kibirige, Toby Flood converted the try with ease. Duncan Weir and Flood then traded penalties, Weir scoring two to Flood’s one.

Flood then scored and converted his own try to end the scoring for the game as the Falcons ended the first period on a high.

It was a scoreless second half, but Newcastle held on to ease their relegation chances. They now sit just five points off Worcester in the Premiership table.